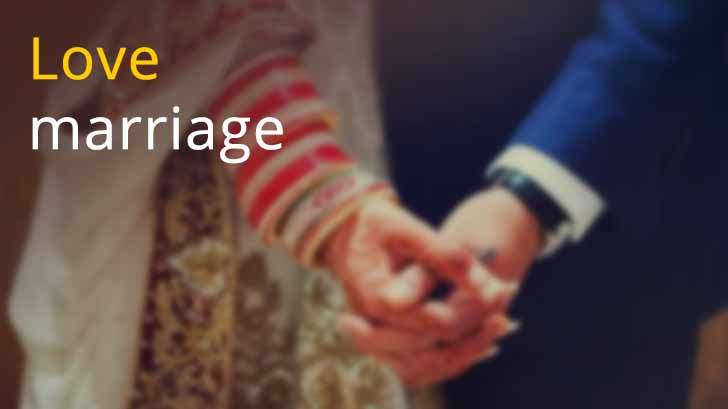 Did you have a Love Marriage or an Arranged Marriage? Yes, this is often the question that a married individual or couple is often asked how their marriage happened. Often curious to know whether it was their own choice or did their parents and relatives work to find a prospective match for him/her. If you might not know then arranged marriage is the common norm in India.


Knowing each other before marriage is a huge advantage. It's easier to find love in the marriage as opposed to an arranged marriage, which is quite common in Indian society. Don’t you agree? Most people who opted for love marriage will tell you that. Despite the prevalent tradition of arranged marriages, the trend of love marriage in India is growing popularity. Not that love marriage wasn’t prevalent before but Indians value their culture and prefer to respect their parents and elders by obliging to their preferred choice and decision while matchmaking for matrimony.


According to Hindu tradition, when it comes to love marriage it is the ‘Gandharva Vivaha’ (Vivaha is the Sanskrit word for marriage) that is the most similar. This is one of the eight types of ancient Hindu marriage traditions based on mutual attraction between two people who get married without the knowledge or consent of their parents nor their participation in it. In a Gandharva wedding the bride and groom exchange garlands and say vows in the presence of a person, a creature, a tree, a plant or a deity to enter into matrimony. As per Gandharva tradition, a marriage has to be solemnized at day time and not during the night. Moreover, the couple entering into matrimony must recite the marital vows, else the marriage is incomplete.


How Love Marriage Proceeds in India


Once the boy and the girl decide that they want to get married they inform their respective families of their decision. The couple tries to seek their parent’s blessings and consent to go ahead with their decision to love marriage.


With changing times families have become more accepting and open-minded to love marriages and often agree to their child’s wishes and happiness.


But often, it is not the case and their parents may not agree to their alliance due to differences in ethnic culture or any other reasons. In this case, the couple then decides to tie the wedding knot against the wishes of their parents. The couple may get married legally in a court or ritually too or both.


Ritually, the bride and the groom may choose to get married in a temple where marriages are conducted legally under Hindu customs and rituals. However, they’ll have to marry either under the Hindu Marriage Act, 1955 or under the Special Marriage Act, 1954 for the marriage to be valid. The pandit or the priest of the temple issues a certificate of marriage to the couple.  Close friends or relatives stay witness to the wedding ceremony.


When the parents agree to their children’s love marriage


To make the relationship formal, the two families meet either at a mutually agreed place or at the girl’s home to fix a date after consulting a priest. This later follows the usual wedding rituals such as the formal engagement ceremony, the exchange of gifts and sweets called ‘shagun’, the haldi and mehendi ceremony (the former is where the bride and groom are smeared with a paste of turmeric while in the latter the bride’s hands and feet are decorated with henna designs), the groom’s arrival or “baarat’, the exchange of garlands between the groom and bride, Kanyaadaan (the ceremony where the bride’s father hands his daughter away to the groom), and Saptapadi or Saat Phera (seven steps around the ceremonial fire as the vows are chanted). There are more, as the ceremony nears an end, the groom also ties Mangalsutra around his bride’s neck and applies sindoor (vermilion powder) on her forehead.