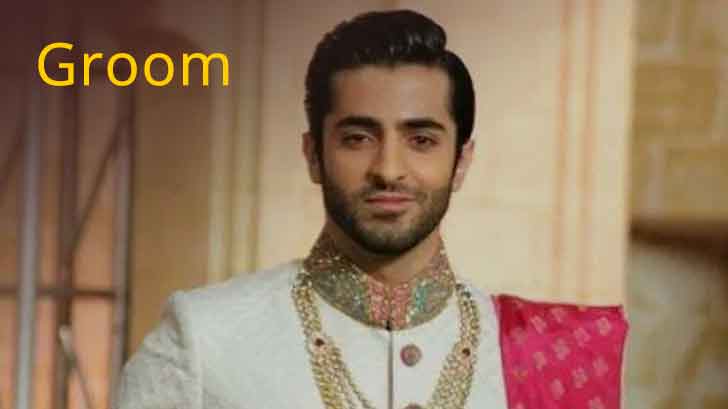 A groom is commonly known as ‘dulha’ in Indian weddings, particularly at weddings in the north. However, he’s called by different names in other parts of the country with names such as Mapillai in Tamil, Varudu in Telugu, and Manavalan in Malayali in the southern parts. While in the east he’s known as Dora in Assamese weddings, Bor in Bengali. In the west, he’s called Vararaja in Gujarati, Vadhu in Marathi, etc.

Indian weddings are known for their pomp and show. While at any wedding, it's the bride who steals all the attention. Everyone raves about how stunning she looks on her special day, but hold on, as the grooms are not far behind either. The grooms are dressed in their best and are one of the most important people of the day. In the Hindu wedding context, just like brides are considered an avatar of goddess Lakshmi on the wedding day, the groom is considered the representation of Lord Vishnu, the protector of the universe and consort of Lakshmi. A bridegroom has several rituals and costumes dedicated to only him during the wedding. The groom here is the protector of the bride as he takes oaths and vows during the wedding to protect his wife from any harm.

Traditionally, you will not see any groomsmen with the groom at a Hindu wedding. Although, you’ll see groomsmen in Christian weddings in the country.

Some of the most important duties performed by the bridegroom on his wedding day are as follows.

The Groom Ties Mangalsutra on the Bride’s Neck

One of the most important rituals in any Hindu wedding is that the groom ties a necklace around his bride’s neck as a mark of accepting her as his wedded wife. This black and the gold beaded necklace is called Mangalsutra. The design of the Mangalsutra may vary in different cultures. At weddings of south India, the Mangalsutra is usually called a ‘Thaali’, which is a yellow thread smeared with turmeric along with two gold discs as a pendant.

The Groom Applies Sindoor on The Bride’s Forehead

The groom also applies red powder called sindoor to the center of the bride’s forehead in the area of the hair parting. Similar to the mangalsutra, sindoor symbolizes that the bride is now a married woman. Here’s an interesting belief, it’s said that when the groom is applying sindoor on his bride if some particles of the powder falls on the bride’s nose, then the groom will love his wife endlessly.

Apart from the rituals, let’s talk more about how an Indian groom dresses up for his wedding. Moreover, gifts that you can bring for a groom to an Indian wedding.

How Does an Indian Groom Look on His Wedding Day

The Hindu groom in India can don a variety of outfits all depending on where in India the groom and his family are from. The attires can range from Sherwani Churidar, Kurta Pyjamas, Jodhpur suits, Pathani coats, or the very humble and traditional Dhoti. Dhoti is usually seen in traditional south Indian marriages such as Tamil weddings. While Sherwani is perhaps the most commonly worn groom’s attire in an Indian wedding pan India. A Sherwani is an embellished long jacket worn along with fitted trousers called Churidars.  The groom also wears a turban, on his head and drapes a chunni around his neck to complete the look. Groom's outfit can range from a variety of colors and designs that also match his shoes and overall style.

The use of Sehra or headgear is also a common wedding accessory for the Indian groom. However, it can vary throughout the country and its choice of use is left to the groom’s family. A Sehra is often decorated with flower garlands, strands of pearls, gold and jewels. In Punjabi and Sikh weddings, the groom also carries a sword called Kirpan throughout his wedding procession also known as Baraat until his wedding starts.

What Wedding Gift Should You carry for the Indian Bride Groom

We may scratch our heads a lot in figuring out what gifts to be given to a bridegroom in Indian weddings. But it’s not as difficult as you think. You can consider things in the list of your groom gift ideas of items such as a good perfume, a classy watch (men love their digital accessories!), bar accessories such as a fancy wine cooler or a champagne holder. Wait, there’s more to the list. Let’s admit it, most men have a thing for gadgets! So, think of things like a camera, laptops, an mp3 player, iPads or even a hard disk for that matter as a gift for the groom. A grooming kit is another good option or even video games and accessories.

Good Times for Leaders And Preachers As The Sun Is Transiting into Sagittarius! What About You?