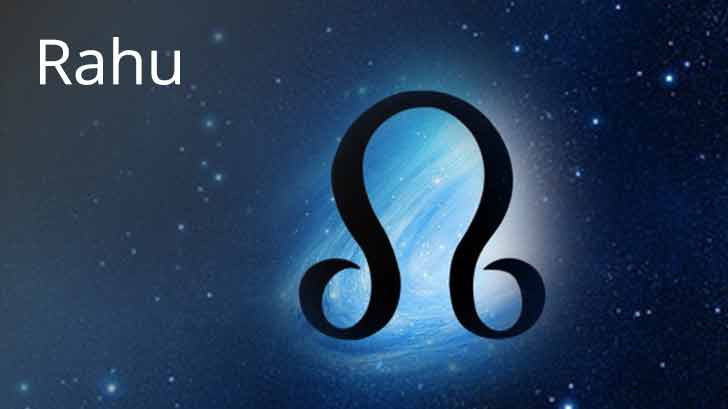 In astrology, Rahu is a shadow planet which gives results according to its placement and companionship with other planets residing in the horoscope. In a way, this companionship makes the planet stronger.

In this article, you will know about what is the significance of Rahu planet in Vedic astrology, how does it affect human life? What is its importance in the horoscope? Along with this, we will give information about Yantra, Mantra, Gemstone, Origin and Color, which will prove to be very helpful for you in context to planet Rahu.

From the astrological point of view, Rahu has no existence but Rahu is very important in Vedic astrology which will be revealed further. Rahu is considered inauspicious in Hinduism. Ketu is also a part of Rahu, which you must have heard when people talk about astrological planets. Together, they both eclipse the Sun and the Moon. The legend behind their birth will be unfurled further in the article.

Importance of Rahu in Vedic Astrology

In Vedic astrology, Rahu is considered a cruel planet. Rahu planet is said to be a factor of harsh speech, gambling, evil deeds, skin diseases, religious journeys etc. Astrologers say that in the horoscope where Rahu sits in an inauspicious place, or weak in the horoscope or is suffering from any other planet, it gives negative results to the native. Although in astrology, Rahu planet does not possess any zodiac sign, it is high in Gemini and Sagittarius is in low house. From this, you can know about the importance of Rahu in Vedic astrology.

Rahu is The Owner of These Constellations

According to the Vedic Hindu calendar, due to the influence of the planet Rahu, there is a time in the whole day that is considered inauspicious in astrology. In which doing any auspicious tasks is considered taboo. This period is called Rahu Kaal. This period is about one and a half hours and according to the location and date, it can differentiate.

If the anatomy is seen for protection and if the facts mentioned in Vedic astrology are considered, then the person in whose horoscope Rahu is sitting in the Ascendant house is beautiful and attractive. The native does not retreat from adventure. Is a risk-taker. The person becomes effective and respected in society, but astrologers believe that its effect and result depends on the zodiac sign in the Lagna. However, in astrology, it is believed that the Rahu of the Ascendant house causes problems in the married life of the native.

Rahu's Influence and Weakness in The Horoscope

The effect of Rahu in the horoscope gives results according to their position. It is said that if Rahu sits in an auspicious position in the horoscope of a person, then luck is brightened. With this, the person attains sharp intellect. The native receives honour and fame in the society.
If there is a weak Rahu in the horoscope then the native gets negative results from it. This creates discrepancies inside the native. Due to the influence of weak Rahu, The native deviates from the path of religion and is likely to indulge in fraudulent activities.

Rahu is the head of an asura named Swarabhanu. It is explained in detail in the Hindu mythology. This story is related to the sea churning.
By deceit, a demon named Swarabhanu sat amongst the gods and drank a few drops of divine nectar. After which he was recognized by the Sun, the Moon Gods and Mohini the incarnation of Lord Vishnu. Before the elixir came down from his throat, Lord Vishnu cut his throat with the Sudarshan Chakra, but his head was immortal and became the planet Rahu.

Remedy - You can keep Rahu Yantra in your house or with you. You will benefit greatly from this.