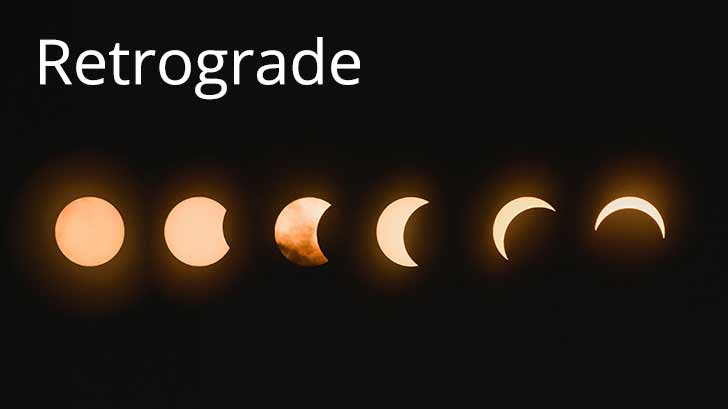 Ever wondered, what unpredictable significance would the planets have on our lives when they travel backwards? In the first place, you might not even know planets move backwards too!!!!!!! Surprised right! Amongst the planets when it is the turn of the most auspicious planet in astrology to retrograde, then you cannot miss reading its effect on your life! Yes, it is the mighty and large planet Jupiter!

b>Before you get down to any conclusion let me simplify it for you!

We all know that in astrology all planets move around the earth in both slow and fast motion. Their pace and equation with the zodiac decide the longevity of their impact on each sign and its repercussions. The ones which move fast often do not affect the course of life profoundly instead only last for a short period that one can overcome. On the other hand, slow-moving ones play a significant role in shaping one’s life and important decisions.

What do you mean by Jupiter Retrograde?

Planet Jupiter is considered as the Advisor amongst all the other elements in astrology. Amongst a few planets that retrograde Jupiter is one of them. While moving forward in its regular course when a planet decides to move backwards this state is called retrograde. Such a behaviour of the planet can reap good results and at times plate some bad ones for some. When planet Jupiter takes the backward route it surely is a situation where one needs to monitor its moves. In this article, we will emphasise on the benefic and malefic nature of Jupiter in the retrograde state, its transit in various houses and the overall effect of these movements.

As a slow-moving planet, Jupiter completes its journey around the Sun in 12 years. During its course every year Jupiter retrogrades for approximately 120 days. Such a movement lays a major impact on the mind, ideologies and choices of each individual in a drastic way depending on its present position.

According to Vedic astrology if planet Jupiter is in the benefic position in your birth chart then you are likely to enjoy all the pleasures of life. It makes one intellectual, blesses with great communication skills and also inculcates patience in the being. The person gets inclined towards spirituality and explores the untouched side of his or her personality. It bestows the person with excellent career front and recognition. In this cloud of all things wonderful, there are high chances that the person can become proud and often boast about their achievements and success unnecessarily. This might affect their image negatively. Often such people are possessive and weak hearted when it comes to food.

When planet Jupiter is in the weak position of the birth chart, it has a malefic effect on life. It affects the education sector negatively and might distract you from focusing. It makes the person ill-mannered and disrespectful towards elders. Such people might face difficulty in attaining wealth, education and also face hardships. It even affects your digestive system and overall health negatively. Such a period also gives pregnancy issues to people who are planning to have a child. It reduces the zeal to work and the driving force to work hard and achieve success.

The effect of planet Jupiter retrograde in 1- 6 houses

The effect of this movement varies on all 12 zodiac signs.

The retrograde Jupiter, if enters the first house it blesses the person with intelligence, intellect and accentuates the good qualities. It makes you more attractive, improves health and also enhances your presence in the public front and socially.

If it enters the second house, then you are likely to be trapped in unusual expenses. There will be financial imbalance rocking your lifestyle. There are high chances of getting family inheritance but unfortunately, you might not have any idea as to how you are supposed to use it.

The entrance of retrograde Jupiter in the third house will exhibit mixed results. Your efforts will outshine and provide recognition. Luckily, you will be able to manage your finances. During this period your success might reach your head and you may appear overly-ambitious and proud. Make sure you do not let it stay in your mind for long, as it would do you no good.

When planet Jupiter while moving backwards enters the fourth house, it will make the person inflate in pride and become egoistic. Such people do not share a good relationship with family and people surrounding them on both personal and professional front. They hold grudges against people and often end up earning enemies in life. Fortunately, your financial front remains good and you achieve success for all your hard work.

If the ‘Guru’ planet enters the fifth house during its retrograde mode then it might make the person heartless and emotionless especially towards children. They are likely to have relations with multiple women. Those who are planning to conceive might face problems during this period.

If planet Jupiter while retrograde moves to the sixth house in your birth chart then it makes the person strong both mentally and physically. It helps then fight off their shortcomings and enemies in the best way possible. On the career front, if the person has a job then you will earn well.

The effect of Jupiter retrograde on the rest 6-12 houses

When moving into the seventh house in your birth chart during retrograde, planet Jupiter will bless you with a prosperous and happy life after marriage. You are likely to find the perfect match for marriage and he or she would excel on all fronts whether it is financial, looks, compatibility or nature.

When planet Jupiter retrogrades to the ninth house it makes the person more logical, intellectual and practical. He or she becomes more efficient in handling rebuttals in life. Knowledge can be enhanced.

The transit of Planet Jupiter while in the retrograde period to the eleventh house, can prove to be very beneficial. You are likely to attain paternal wealth. Luckily, you would not have to face poverty in any form.

Lastly, when the planet moves to the twelfth house during retrograde state it will make you fearless. You will not fear anything or any kind of event that comes your way. Fortunately, you will be lucky to defeat your enemies. You will take an interest in religious activities.

Mercury is considered as an auspicious planet in astrology. Mercury in retrograde motion is a positi

Ever wondered, what unpredictable significance would the planets have on our lives when they travel

Venus retrograde astrology is a situation that

According to astrology, amongst the 9 planets in the solar system, Rahu & Ketu are known as the shadow planets which are present in both axes of the Eart

Ketu is considered a shadow planet in Vedic astrology. As a planet it always remains in retrograde state. In such a situation, it has a deep impact on the na