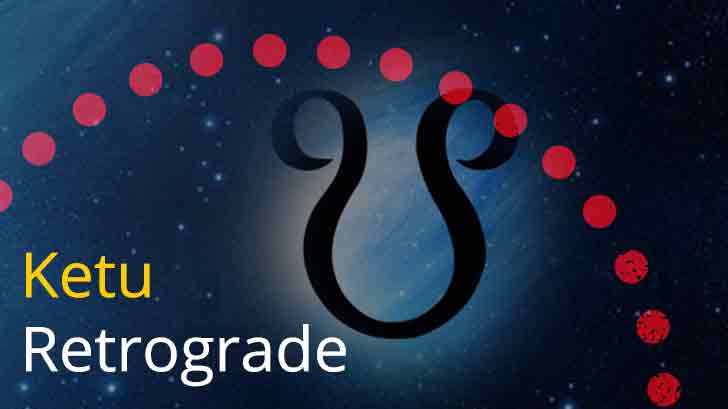 Ketu is considered a shadow planet in Vedic astrology. As a planet it always remains in retrograde state. In such a situation, it has a deep impact on the native. Ketu is considered a cruel planet in astrology. It gives the result according to the compatibility and position of the planet in the birth chart. Ketu in the retrograde state gives the opposite result, as believed by some astrologers. There are some who also consider it good.

So let us know what the result of Ketu's movement brings for us.

Ketu being dominant in Vedic astrology

Effect of Ketu in Vedic astrology depends on its location and the combination of the planet with the house and other planets present. However, the effect of Ketu is also considered important in the birth chart. While assessing the horoscope, the astrologer takes into consideration the position of Ketu, only after this, the future results of the native are considered and calculated. Without this the calculation is not considered correct as Rahu - Ketu are considered shadowy planets which greatly impacts the horoscope. If effective, the person takes interest in religion and spirituality and also has an attractive personality.

When Ketu is benefic in the horoscope

When Ketu is malefic in the horoscope

The malefic state of Ketu in the horoscope makes the native cruel. The native exists on the path of religion. Also, he is likely to not respect people. In Vedic astrology, Ketu is seated with which house and is present with which planet also decides its effect. Because Ketu is a shadow planet and it gives results according to all these placements. When Ketu is in the malefic state it also causes problems in family life. Due to this, the native is not able to advance in career as some kind of hurdle keeps coming in their way to success.

According to the 12 houses mentioned in astrology, the effect of retrograde Ketu is different.

Who Will Win The Delhi MCD Election 2022? Astrology Has Amazing Insights!

Planning A Date Soon? Find Out If The Venus Transit in Sagittarius Will Favor You!