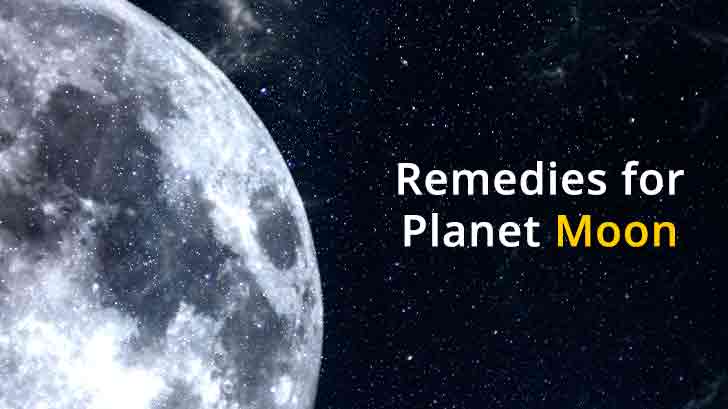 Just as the waxing and waning of the Moon affects the tides in the sea (which incidentally also affects our moods), in astrology the planet Moon influences the horoscope of a person by producing many favourable and unfavourable results. You might want to consider the use of remedies for the Moon to get positive outcomes.

In Vedic astrology, the Moon represents our psychological and emotional needs. The Moon is considered a benefic planet of the highest order, but a dark Moon is malefic. So, when the moon is afflicted, it affects our thoughts resulting in a wavering mind, lack of mental peace, lack of concentration and even dreaminess.

The Moon rules our emotions and our feelings. It denotes the mind, a motherly figure, friends, property, vehicles, as well as overall happiness. This planet basically represents how you view the world.

Day of the Week: Monday

Effects of a Good Moon:

A positive Moon in the horoscope will result in the native possessing auspicious traits such as good memory, empathy and patience. It also makes the native perform well at work and make immense profits in business.

Effects of Weak and Negative Moon:

If the Moon is debilitated, the native will possess negative traits such as emotional instability, mood swings, worry, fear, restlessness, laziness and sleepiness.