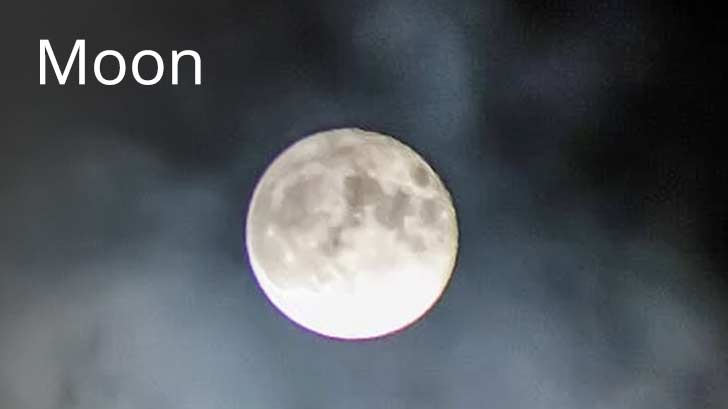 The Moon has not only Vedic but also astronomical significance. The location of the Moon in the solar system is different from all planets. In this article, what is the significance of the Moon in astrology? What is its effect on human life? You will read all about it. We are its machine. What is mantra, root and gem? The answers to all such questions will be unfurled.

Moon as an Astrology Planet

In Vedic astrology, the Moon is considered to be a factor of mind. According to astrologers, the native's mind is distracted and stable due to the influence of the moon. It is said that if the mind is in control then everything gets done easily, but if the mind is unstable, then there are problems in getting the work done, as well as the work is not done with efficiency, overall there is a loss in it. The moon is of great importance in astronomical terms. From the tides in the ocean to the eclipse, the moon contributes in every way. The Moon is the brightest planet in the sky after the Sun. The orbital distance of the Moon is 30 times the diameter of the Earth, so the size of the Sun and Moon is always the same in the sky.

In Vedic astrology, the Moon is the second planet after the Sun in the order of nine planets. In Vedic astrology, it is a factor of mind, mother, mental state, morale, material things, happiness, peace, wealth, left eye, chest etc. According to astrology, the Moon is the lord of Cancer in zodiac signs and Rohini in constellations, lord of hand and hearing constellation. The speed of the moon is the fastest among all the planets. Moon transit has the shortest duration. It transits from one zodiac to another in about two and a quarter days. In Vedic astrology, the lunar sign of a person is calculated to find the horoscope. Because it is considered to be the most effective. The lunar zodiac is calculated in such a way that the zodiac in which the moon is located at the time of the birth of the native is called the zodiac sign of the native. In astrology, the moon is considered a female planet.

According to Astrology, The Effect of The Moon on Human Life

According to astrology, if the moon is sitting in the ascendant house of horoscope then you are beautiful and attractive according to astrology. With this aspect in your horoscope, the person is courageous and patient. His nature is calm. The native gives more importance to the principles in his life due to the influence of the lunar planet. The native is a little nomad. Along with this, the Moon sitting in the Ascendant house makes the native imaginative. Along with this, the person is also sensitive and emotional.

In astrology, if the moon is strong in a person's horoscope, the person gets its positive results. The native is mentally happy due to the strong moon. The state of mind is strong. He does not get distracted. The person does not doubt his views and decisions. Talking about the family, he or she has good relations with their mother and mother is also in good health.

According to astrology, if the moon is weak in the horoscope then you have to face many problems. Which includes mental stress as well as lack of confidence. Also, relations with the mother are not very pleasant. There is no peace in married life. The native is angry and cannot control his speech. Due to which the native has to face disappointment. The memory power of the native is reduced. Also, there remains some kind of problem for the mother.

Mythological Significance of The Moon

The moon is mentioned in Hindu mythology. Even in the stories, the moon is said to be the regulator of the mind and the god of water. In Hinduism, he has the title of Dev. You must have seen the moon on Lord Shiva's head. With this, along with Shiva, Monday is also considered to be the day of Chandra Dev. In Hinduism scriptures, Lord Shiva Shankar is considered the lord of the moon. In the Sanatan Dharma Granth Srimad Bhagavad Gita, Chandra Dev is mentioned as the son of Maharishi Atri and Anusuya. In mythological scriptures, the Moon is called the father of Mercury and in the directions, it is the lord of the aerial direction.
Yantra - Chandra Yantra
Root-pulp
Gemstone
Colour white
Remedy - If the moon is weak or less effective in a person's horoscope, then that person should worship lord Shiva for remedy. Due to which people get the blessings of Chandra Dev. According to astrology, the auspicious period of the Moon lasts for ten years.