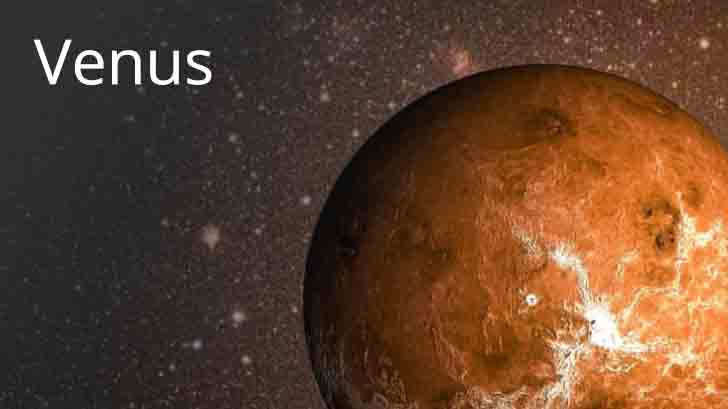 Venus is considered to be a factor of love and happiness in Vedic astrology.
In this article, you will know the location and importance of the planet Venus in astrology. It will provide detailed information about this causative planet of love. What is the effect of Venus on human life? What is the mythological belief of Venus? Along with this the instruments, mantras, constellations, origin, gems and zodiac related to Venus. You will know all about it.

So Let's Unlock The Real Story Behind Planet Venus

Venus is considered to be a factor of work and happiness. By assessing the position of Venus in the horoscope, astrologers calculate the happiness, prosperity and love factors in the life of a person. It helps to know about how much and when love will come in one’s life.

Importance of Venus in Vedic Astrology

Venus is the lord of Taurus and Libra and Pisces is its higher sign, while Virgo is its lower sign. Venus is owned by Bharani, Purva Phalguni and Purvashada constellation out of the 27 constellations. Among the planets, Mercury and Saturn are the friendly planets of Venus and the Sun and Moon are considered to be its enemy planets. The transit of Venus is of 23 days duration, that is, Venus lasts for 23 days in a zodiac sign.

According To Astrology, The Influence of Venus on Human Life

Let us first talk about the effect of Venus on the human body. According to astrology, if Venus sits in the horoscope of the person then he or she is likely to be very beautiful and attractive in appearance. The person's personality attracts people of the opposite sex. He or she is soft-spoken. The presence of Venus in the Ascendant generates interest in the field of art.

According to astrology, if Venus is in an effective and strong position in the horoscope then the love and marital life of the person remains happy. If Venus is strong in your horoscope then you must have felt that your love side is quite good. Venus increases the feeling of love between husband and wife, while romance increases in the life of the loving ones. The native is interested in material life.

If Venus is sitting in a weak position or in an adverse position with a cruel planet in the horoscope of the native, then the person has to face troubles on the family and love front. The native can be less romantic due to the weakening of Venus. With this, your love life goes through ups and downs, while there are differences between husband and wife. There is controversy without reason. With this, he or she does not enjoy material pleasure.

The Mythological Belief of Planet Venus

Talking about the mythological belief of Venus, Venus has been mentioned in Hindu mythology as the guru of the monster. The famous name of Venus in mythological stories is Shukracharya, who was followed by Sanjivani Vidya and was an ardent devotee of Shiva. Venus is the son of Maharishi Bhrigu Rishi. Friday of the week is dedicated to Venus.

Remedy - To strengthen Venus in the horoscope, you can wear a diamond. In addition, you should use the Venus yantra. Donating will also benefit you. Respect women. Worshipping Parashurama will also get the grace of Venus.