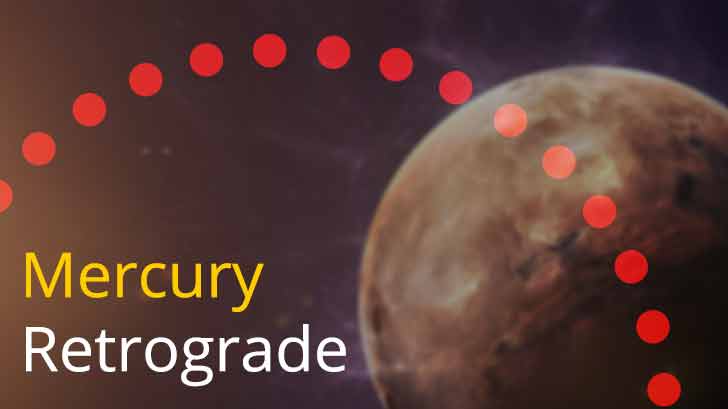 Mercury is considered as an auspicious planet in astrology. Mercury in retrograde motion is a position in astrology. As one of the nine planets, Mercury also called the governor of speech. Along with this, Mercury also helps in increasing the knowledge of the native. According to Vedic astrology, every planet keeps moving from one zodiac to another from time to time. At times in the opposite state, this condition has been called retrograde. In this article, we will learn about the effect of retrograde Mercury on the native.

Effect of Mercury in Vedic Astrology

According to Vedic astrology, if Mercury is in an auspicious position in the horoscope of a person, then those people get good results. The voice of the native becomes very influential. During this period whatever the native says has more effect on the listener. With this, the person makes logical statements in all spheres of life. The native's mental power appears to be strong. He or she is capable of making his own decisions in the direction. Mercury if in an auspicious position will give a positive result to the person.

Mercury in the malefic state in the Horoscope

According to astrology, if Mercury is weak in the horoscope then it will act to give inauspicious and opposite results. Due to which the native will have to face troubles. The voice of the native becomes harsh. Due to which the person does not talk so well and becomes bitter towards others. He or she feels unable to make a decision and hesitates. There is a negative effect on the life of the native.

Mercury Retrograde in the Horoscope

Mercury, Venus, Saturn and Jupiter transit from time to time in the retrograde state according to Vedic astrology. On the other hand, Rahu and Ketu are two planets which only travel in retrograde motion. While the Sun and Moon as astrology planets do not retrograde at all.

Let us know what planet Mercury predicts for you in the retrograde.

Mercury Retrograde from an astronomical point of view

Mercury's motion is a major astronomical event when the planet Mercury appears to move backwards rather than forward. Mercury moves three to four times per year in the forward direction. It is believed that Mercury retrograde occurs in five different times or periods.

Effect of retrograde Mercury on 12 Houses

According to the 12 expressions mentioned in astrology, the effect of retrograde Mercury is different.