Ganesh Chaturthi is a revered festival of the Hindus that is celebrated for a period of 10 days. It is a celebration that commemorates the birth of Lord Ganesha, the elephant-headed deity. He is the God of wisdom as well as prosperity. The festival starts on day four of the Bhadrapada month, according to the Hindu Panchang. This year, this festival will be celebrated with a lot of zeal on the 31st of August.

All About the Festival of Ganesh Chaturthi

This festival marks one of the most auspicious occasions in the religion of Hinduism. The ten days of this festival are deemed extremely lucky, and people celebrate these days with an increased vigor. The festival is especially celebrated with grandeur in the states of Maharashtra, Gujarat, Odisha, Goa, Uttar Pradesh, Chhattisgarh, and West Bengal.

This festival is also popularly known as Vinayak Chaturthi, and it arrives each year for a period of 10 days that are full of festivities. The celebrations occur in the Bhadra month, according to the Hindu calendar, while as per the Gregorian calendar, this festival occurs in the month of August or September. Ganesha is the god of wealth, prosperity, wisdom, and sciences, and therefore, his birthday is especially considered auspicious. Hindus all over the world seek his blessings before initiating any new projects for greater success. The Vighnaharta has many names, but ultimately, he is the God of abundance. It is for this reason that Hindus bring his idol home during these auspicious days to invite prosperity and success into their homes.

The puja of the Vighanharta is of utmost importance, and so are the Ganesh Chaturthi dates and time. We have therefore listed the most important puja steps down below for you to make the most of these auspicious days-

This festival is celebrated with a lot of excitement as people bring the figure of bappa or Lord Ganesha into their homes to welcome prosperity into their lives. Here are the top most rituals performed on this festival in India-

Every festival in India has a deep religious meaning behind it. However, along with this, there is also an astrological significance that accompanies the festivals celebrated in our country. There are certain specific rituals that are performed in all the festivals, and the acts of worship, aarti,  offerings, fasting, feasting, and puja that hold a lot of relevance from an astrological standpoint.

Hence, performing this festival too has a lot of astrological benefits that extend to everyone. However, performing the puja, donations or daan, etc., especially helps those individuals who are dealing with the malefic impact of certain planets like Mercury or Moon in their birth chart. People undergoing the period of mahadasha or the main period, the antardasha or sub-period of the planet Mercury and Moon can get a lot of benefits from performing the Chaturthi puja and daan.

Lord Ganesha was born as the son of Lord Shiva and Goddess Parvati, according to Hindu mythology. However, it is the story of his birth that gathers a lot of attention. Scriptures suggest that Goddess Parvati felt lonely in Lord Shiva’s absence on the Kailash parvat. She really wanted a child, and so, driven by her overwhelming maternal emotions, she created Ganesha out of the dirt from her body. She infused this figure with life, bringing Ganesha alive. She showered him with her love and was overjoyed with his presence in her life. One day, Goddess Parvati went to get ready to welcome Lord Shiva back home. She asked Ganesha to guard the doors to her chamber, not letting anyone in. Lord Shiva returned, unaware of Ganesha’s existence, and so when he tried to go meet his wife, Ganesha stopped him unknowingly. Angered by this, Lord Shiva severed the head of Ganesha. Goddess Parvati was driven to the depths of sorrow which made Lord Shiva promise her that he would bring Ganesha back to life. All the devtas were sent to go and fetch the head of a child facing north, but they could only find an elephant’s head. Shiva then took it and attached it to the severed body of Ganesha. This is how Lord Ganesha was reborn.

The festival celebrating the birth of Lord Ganesha is filled with a lot of zeal as people express their love for the deity wholeheartedly. They await his arrival into their homes each year with bated breaths like one would wait for a member of the family. This festival thus shows the extent of love and devotion the devotees have in their hearts for the Vinayaka.

To know more about the Ganesh Chaturthi dates and time, connect with Astroyogi astrologers without any further ado! 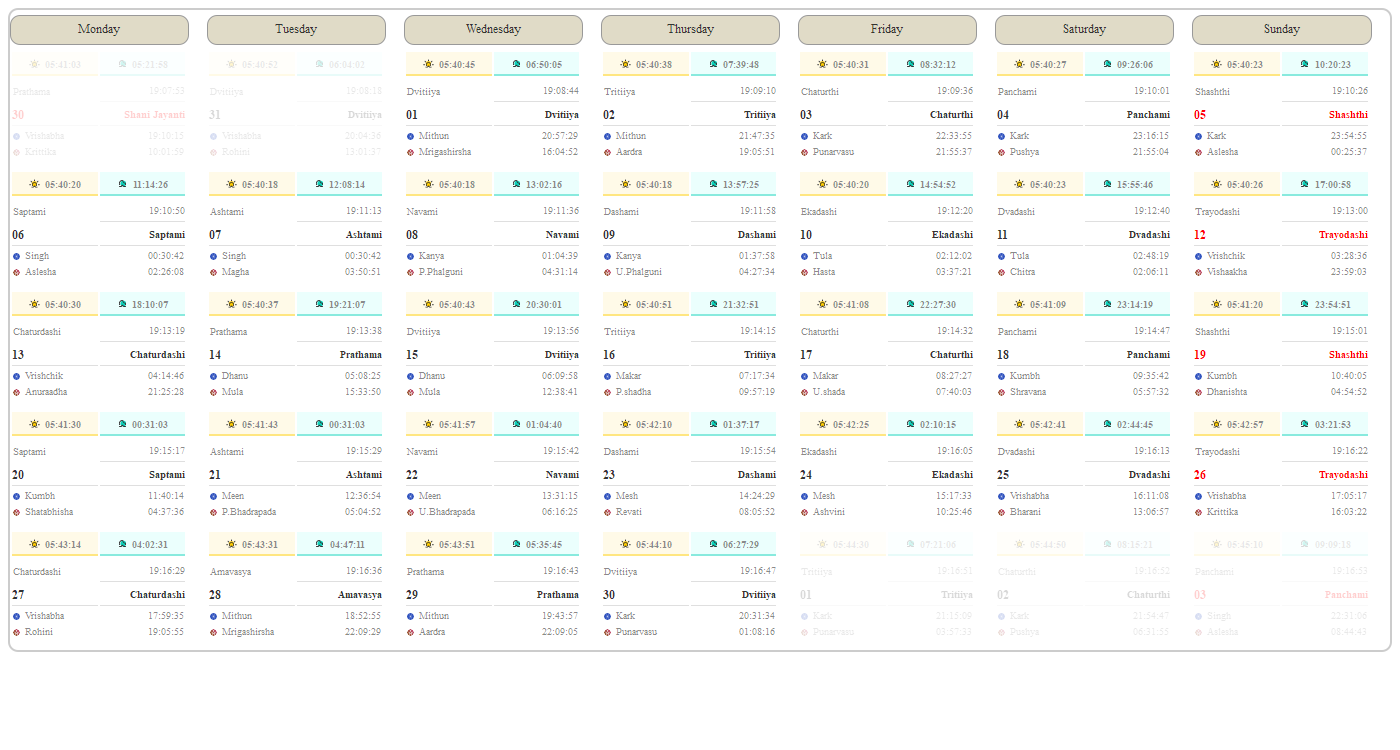