Akshaya Tritiya is celebrated by the Jains and Hindus as a festival of the spring season in India. The day is named after the third lunar day of the month of Vasant or Vaisakha as per the Hindu Panchang. According to the Gregorian calendar, however, this year, the festival will fall on the 23rd of April.

All About Akshaya Tritiya 2023

The auspicious day that marks this festival is also known as Akha Teej. This day is also known as Akti or Parsurama Jayanti and is thought to be an extremely auspicious occasion that is special to both the devotees of Hinduism and Jainism. Occurring during the Shukla Paksha, which is that phase of the moon when it is waxing, this festival arrives in the month of Vaisakha.
“Akshaya” is a Sanskrit word that means infinite or something that is endless. It is for this reason that this day is believed to bring infinite good luck to people. Hence, people try to start all new projects, be it a business, a new job, moving into a new house, or others, on this propitious day. This day also is a reminder for us to keep our departed ancestors in our memory as we move ahead in life.

Significance of the Festival of Akha Teej Festival

This auspicious day is dedicated to Lord Vishnu, who is the preserver of the universe among the holy trinity. As per the mythologies of the Hindu religion, the Treta Yug began on this sacred day. This holy occasion usually also coincides with the popular Parsurama Jayanti, which celebrates and honors Lord Parsurama who was the sixth incarnation of Lord Vishnu.

As this day is believed to be highly auspicious, people around the country seek to make the most of this day. As a result, this day is extremely popular among folks who wish to buy gold and silver jewelry. Precious metals are said to bring prosperity to one’s life. Buying precious metals on this day bestows good luck upon one’s home and family. The sacred day is often celebrated by organizing yajnas and pujas, and charitable activities take precedence on this day. Distributing clothes, food, and other necessities to the needy and poor is said to increase the benefic effects of this day even more, earning an individual the blessings of Lord Vishnu.

The celebrations of this day are incomplete without performing the puja with utmost devotion and diligence. Hence, we have tried to compile a detailed puja vidhi of this day only for you. Read on to know more-

This day is considered magical due to its many auspicious benefits, so we will now look at the astrological significance of this day. Akha Teej 2023 is celebrated on the day when the Sun enters Aries. This is also the time when the Moon is situated in the house of Taurus. This day is the third day of the Shukla Paksha during the Vaisakha month. During this period, it is believed that both the Sun and the Moon are the brightest. This, however, does not imply that they emit the most light on this day; rather, it means that the position of these celestial bodies is such that maximum light reaches the surface of the Earth. This is why their dignity is the highest during this time, making this period highly auspicious. Luck is said to reign supreme, and hence one does not even have to look for a fortunate muhurat to start a project on this day.

The festivities of this day might differ around the country, but the day is celebrated by all with increased enthusiasm. Here are the top rituals associated with Akshaya Tritiya this year-

How is Akshaya Tritiya Celebrated?

There are many legends associated with this day, but the one that holds the most significance is the tale of Goddess Annapurna. As per the scriptures, Goddess Annapurna was an incarnation of Goddess Parvati and she took birth on this occasion of happy Akshay Tritya to shower the hungry with an abundance of food. According to the mythology, Lord Shiva disguised himself in the form of a beggar and visited Annapurna, asking for food. Why did the Lord of the universe need to beg for food, one might ask? His act of begging for food was encouraged by spirit to remind the world to feed the poor and needy as God resides in each one of his creations, and we should hence never turn away anyone who needs our help. Therefore according to this tale, the Goddess fed none other than Lord Shiva himself on this propitious day.

The benefits of celebrating this day are many, and so one should make the most of this lucky period of time by giving back to society in order to attract more abundance into their life.

If you wish to know more about this occasion, then waste no time in connecting with Astroyogi astrologers right away! 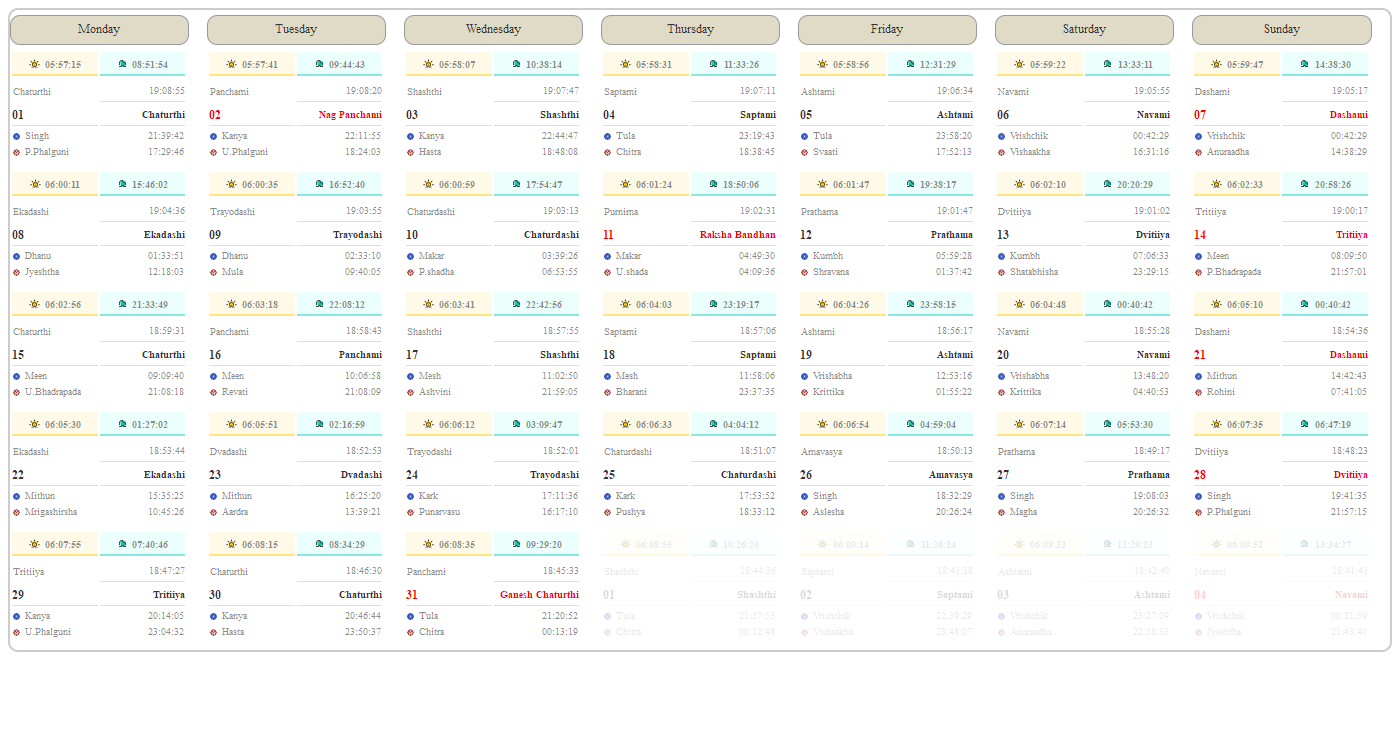 Independence Day 2022: What Does This Day Have in Store for You?