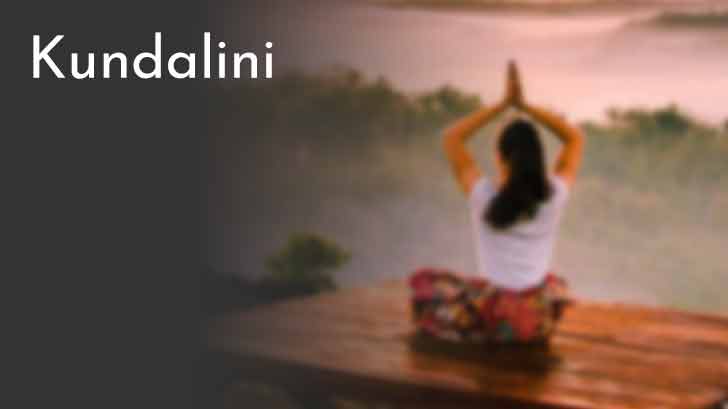 Have you ever experienced a sudden rush of energy into your body that shudders your being as you feel that you are unable to cope with it? This might be a little release of the storehouse of energy that is situated at the end of your spine. Kundalini yoga is the practice that teaches you to make the most of that energy in a controlled manner.

What is kundalini yoga?

Before understanding kundalini yoga, you need to understand what kundalini means. The term ‘kundalini’ is derived from the Sanskrit word ‘kundal’ which means “coiled up together.” It basically refers to the point where your spine ends.
As per the ancient beliefs, we are born with an energy reservoir that is coiled up in the form of a serpent at the base of the spine. It is believed that this point has all the details of your past, present and future and therefore, it is a very large energy reserve present in your own body.
It is said that this energy needs to be awakened in order to connect your consciousness to the divine power that rules over the entire universe. While performing the kundalini yoga, you uncoil this energy reserve and huge amounts of energy are released into the body through this process.
But not everyone is able to deal with such tremendous amounts of energy and are unable to control it. This may lead to disastrous consequences and due to this reason kundalini yoga is often said to be a dangerous form of yoga. But if it is done under the guidance of a kundalini yoga expert, then you do not need to worry about it.

The Science of kundalini yoga

Have you ever wondered how the ancient sages used to sit into meditation for years altogether without feeling the need to eat or drink? This was because of the energy that they received from their inner body that has a huge reservoir of energy stored in the spine area.
By practicing certain yoga postures, you can activate this energy reservoir and the energy will slowly and steadily move to all your chakras one by one and activate them in turn and at each stage the energy will increase manifold so that when it will reach the highest chakra it will be maximum. By doing this the self-healing response of the body is also activated and this enhances your inner well-being and makes you calm, composed and healthy.

How to perform kundalini yoga

Kundalini yoga includes different approaches to revitalize the body with the help of yogic postures, meditation practices, mantra chanting and breathing exercises. The main objective of practicing kundalini yoga is to increase physical agility, destress the mind and enhance your inner consciousness.
The kundalini yoga practices are aimed at activating the chakras of your body and pranayam plays a major role in it. These practices are often done during early morning hours because these hours are considered to be the best time to connect to the divine consciousness. An expert practitioner of kundalini yoga can teach you all these techniques as this would lead to your spiritual awakening.

Kundalini yoga is a very effective form of yoga that will help you achieve your highest potential and also assist you in finding the purpose of your life. There are numerous benefits related to this form of yoga:
It calms your mind and makes your nervous system stronger so that you remain prepared to take the right decision during stressful times.
It develops your inner guidance and increases your willpower and confidence by eradicating all your self-doubts.
It clears the clutter of your mind by removing all the bad thoughts and improves your retaining and concentration powers.
Regular practice of kundalini yoga can also enhance your creativity by opening up the blockages of your mind and providing you a plethora of new ideas.
It also increases your intuitive abilities and balances the desires of your mind and heart at the same time.

Just like the other forms of yoga, kundalini yoga offers a connection with the divine consciousness. The only difference is that it focuses on that particular point that has tremendous amounts of energies trapped inside. Therefore, it is very important to practice this yoga in a slow and steady manner.