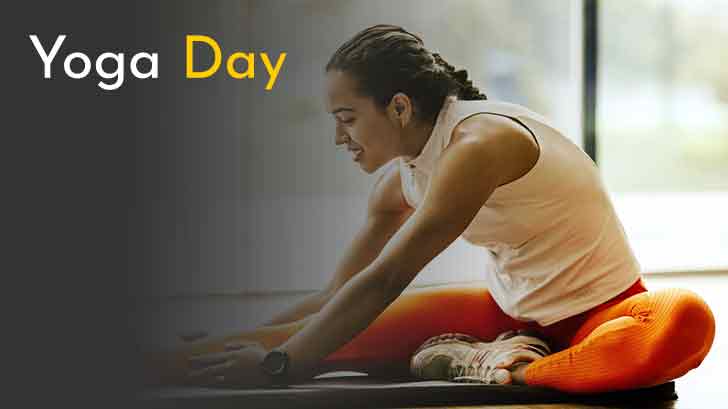 Many of you must be aware of yoga and its postures. Even if you are not very fond of practicing it, at least you must have heard about it and know about its importance as it is gaining recognition all over the world. But did you know that a particular day is now internationally acclaimed to be the day of yoga?

Oh yes! You heard it right. Yoga has finally earned the respect of being a discipline that has been passed down for generations and has proved to be extremely beneficial for those who practice it on a daily basis.

The international yoga day was first celebrated on 21 June 2015 and since then it has become a part of the calendar. It is also known as the world yoga day since it is not only celebrated in India, the country of its origin but rather all around the world.

What was the reason behind this worldwide recognition of yoga?

We need to give credit to the current Prime Minister of India, Mr. Narendra Modi, who addressed the UN General Assembly in 2014 and made the audience aware of the importance of yoga as a practice that can enhance the physical, mental and spiritual health of a person who practices it on a daily basis.
He stated that yoga is after all not just an exercise but rather a way of finding oneness in one’s body, nature and the world altogether. He said that it was a holistic approach to life and thus, proposed to celebrate an international day of yoga that will make more and more people aware of this practice and help them in dealing with their life in a better manner.

What are the main objectives of World Yoga Day?

The international day of yoga was declared to make people more aware of the benefits of yoga so that they inculcate the habit of practicing yoga and give a place to this discipline in their daily life. The main objectives of the international yoga day are:
To help people connect with nature and the divine consciousness that rules over the entire universe.

To decrease the health challenges that people face throughout the world due to unhealthy eating habits and disorganized lifestyle.

To relieve the stress that almost all the people face in their daily lives and help them relax their mind and become peaceful.

To provide solutions to numerous health issues through the medium of yoga and assist people throughout the world to elevate their physical, mental and spiritual levels.

Why is international yoga day celebrated on 21 June?

21st June is the longest day of the year in the northern hemisphere and therefore, it holds special significance as per the Hindu calendar. It is said that during this time the sun begins to move from north to south and therefore, this time is considered to be the most appropriate time for meditation and yoga.
Another reason for choosing this date is that Shiva (the first Adiyogi who propagated the concept of yoga), moved towards the southern direction and found his 7 devoted disciples to whom he imparted the knowledge of yoga. And from there it was spread in different parts of the world so that everyone may benefit from this divine discipline.
And thus, it was decided that this date was apt for spreading the awareness of yoga so that it reaches the distant corners of the world and each and every individual gains the knowledge of this spiritual discipline of yoga.

How India celebrated this event?

The first international yoga day - 21 June 2015 - was celebrated with pomp and ceremony in India where the Ministry for AYUSH had made proper arrangements. A combined yoga class was held at Rajpath, Delhi that included the Prime Minister of India, Narendra Modi and 84 international dignitaries.
They were accompanied by thousands of people and together they all practiced the 21 yoga postures to celebrate this event by bringing yoga into their lives. Also, the RBI introduced the 10 rupee coin to commemorate the international day of yoga.
Since then every year this day is celebrated throughout the world with great fervour where more and more people come together and adopt this amazing discipline to make their life happy and healthy.
The Yoga day 2020 is just around the corner and therefore, as a responsible citizen of the world, it is our prime duty to participate in this event and introduce the concept of yoga to more and more people around the world.