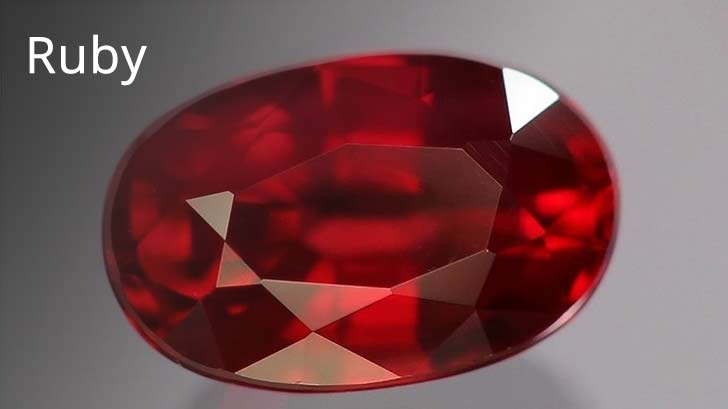 The ruby gemstone is also called Manek, Ratanraja and is considered the king of gems. Apart from being one of the precious jewellery pieces, it is famous for its astrological benefits too. The gemstone is associated with planet Sun and zodiac Leo. Even though ruby is found in many hues of red, but the one which matches the blood colour of pigeon is considered the best. It was one of the most famous gemstones amongst the kings and queens.

The best quality ruby is found in Burma. The Burmese diamond is considered equal to the best quality diamond. It is known to improve career status, health, temperament and social status. It is a hot stone so the moment you wear it, you can see the difference in a few days. Ruby is an unpredictable stone if it does not suit you, then contact your astrologer right away.

According to astrology, the gemstones associated with each planet and zodiac are used to pacify them and even reduce their ill-effects. Each person has a unique birth chart that can be prepared by an expert astrologer. The birth chart depicts the status of various aspects in life like career, love life, family, wealth, health and others. Once the chart is prepared, the astrologer will predict the position of planets, where he will know which ones are in the position of being favourable and unfavourable. Since planets are always in movement, their impact also changes from time to time. Some are fast-moving while some are slow-moving.

As a normal person, one cannot know the effect of planets as they indirectly affect your life, where you end up doing things you don’t plan to. Due to this, you start doubting yourself and crush your self-confidence. Since astrology has been around since ages, it has got a mixed response from people. Astrology is a science which describes the connection of universe and energies with humans.

An expert astrologer is a medium that bridges the two ends, humans and astrology. On the other hand, gemstones are the remedy elements that harmonise the relationship between the planets and humans.

How to Wear Ruby Gemstone

Since ruby is a hot stone, do not wear it without consulting an expert astrologer as it can affect you negatively.

Day to wear: The ruby gemstone should be worn on Sunday
Finger: Ring finger

What to do before wearing: It should be energised with the Surya mantra by an experienced astrologer to attain the full benefit of wearing it

Metal to be used: Gold or Panchdhattu

People who are in government jobs, senior positions, business the stone can benefit you in many ways.

Do You Have Any Favorite Valentine's Day Traditions?