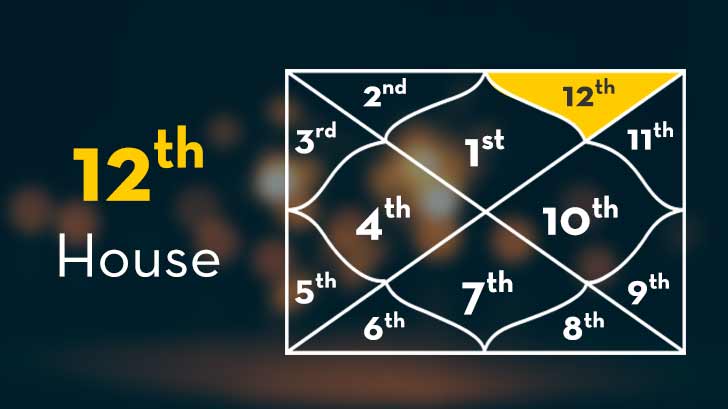 The birth chart is a blueprint of the sky at the moment of your birth. Sounds extraordinary?

Well, it rather is!

Each of the nine planets in Vedic astrology exists within a House (Bhava) in your birth chart (Kundli). Apart from providing invaluable insights about your personality, the placement of the planets illustrates how you are connected and how you coexist with the world around you. Moreover, the 12 Houses in your Kundli are a roadmap of your past, present and future. As the planets in the sky move across these houses, all sorts of events are triggered in your life — both tangible and emotional.

A Vedic astrology expert can help you understand what these Houses mean in your life. Consult an astrologer on Astroyogi.com

Every house in the horoscope carries a unique meaning and represents a specific area of life.Indeed, the twelve houses are truly what makes astrology so spectacular. How these houses work is fairly complex, but we will make it easy for you to understand what the 12th house
in Kundli is all about.

About 12th House in Vedic Astrology

The twelfth House in Kundli (natal chart or birth chart) represents our subconscious and hidden nature. Known as Vyaya Bhava in Vedic astrology, it is the house of loss, liberation, isolation and decline.
Following the House of Ambition and Growth is the 12th house. This house governs misery, waste, expenses, divine knowledge, sympathy, Moksha (final emancipation) and life after death. It is also the house of detachment.

This house makes you incur expenses in many ways, for example: buying an insurance policy, spending on a wedding, education fees etc.
This house corresponds with Pisces energy, which is characterised by imagination, intuition, and isolation.

The 12 th house is considered an unseen realm that exists without physical form – the realm of dreams, emotions and secrets. This house even governs the secret toil of the mind and other unfortunate matters. It is connected to fear, anxiety, misgivings, suspicion and inferiority complex. Solitude, secrets, silent sufferings and undoing of the self are all part of this house.

When planets transit the 12th house, we tend to attract karmic people into our lives. But during this period, we must remember that not all relationships are meant to last.

Being the last house, the twelfth house also relates to Moksha, which means final liberation from the cycle of birth and death. It opens the doors to ultimate peace and tranquillity. It is about acknowledging the importance of spirituality. The 12th house also implies the
culmination of one’s life as it nears the end and strives to fulfil its purpose of acquiring a better life in the next birth. It is believed that life will be a waste of time if it is not elevated spiritually.

Fundamentals of 12th House in Kundli

Planets in 12th House of Kundli: Significance and Effects

Sun in 12th House: A favourable position of the Sun in the twelfth house will empower the native to get rid of troubles, handle challenges and overcome all odds. You may also have a strong inclination towards the occult and other psychic phenomena. Your power of intuition
may be heightened. If the Sun is afflicted, you may have to face a lot of trouble in life.

Moon in 12th House: You like to work towards the welfare of the downtrodden. You derive comfort from caring for others. Excessive daydreaming and fantasising are common in such natives. Your emotions are deep-rooted and hard to deal with. You may find it difficult to maintain close family connections.

Jupiter in 12th House: The placement of Jupiter in the twelfth house in kundli will make you benevolent and optimistic towards life. You are also likely to have an interest in the occult and psychic matters. Just like a guardian angel, Jupiter watches over you and helps you deal
with critical problems efficiently and emerge gracefully. This placement also makes you a generous and compassionate person.

Venus in 12th House: With Venus in the twelfth house, you secretly seek to discover the meaning of life. It is likely for you to deal with secret affairs. Venus in this house also makes you an empathetic person, with a strong desire to serve those in need. This also points to a hidden desire to give in to sensual pleasures. Daydreaming is a part of this planetary placement.

Mars in 12th House: Natives with Mars in their twelfth house may face certain unfortunate events in their lives. Secret enemies could cause financial damage in the form of losses. Your intense emotions become the root cause of your troubles. Mars in this house also denotes confusion and difficulty around personal strength, courage and discipline. You need to have a stronger will and a more introspective approach to self-empowerment. You are likely to become meditative and go into self-inquiry mode.

Mercury in 12th House: The presence of Mercury in the twelfth house makes you a visionary. This placement inclines you towards mystery, occult, spirituality and religion. Your mind is adept at digging deep into the mysteries of life. However, an afflicted Mercury reflects confusion with speech. Problems with detailing will lead to frustration and miscommunication.

Saturn in 12th House: Saturn in the twelfth house causes you to be drawn to solitude and isolation in many aspects of life including your work and your relationships. Saturn is also known as the Planet of Seclusion. You will have a mature and philosophical bent of mind. It
will make you focused and determined to unravel the mysteries of life. A big part of this planetary placement is to learn to flow gracefully despite loss and live in uncertainty without fear.

Rahu in 12th House: This placement is usually not considered very positive in Vedic astrology. With Rahu in the 12th house, you may be prone to escapism and it may involve drugs and alcohol. It causes your expenses to shoot up, which is mostly wasteful expenditure. Your personality is often guided by fantasy. Your imagination becomes quite vivid and passionate. You aspire for elevation through meditation, creativity and imagination. You have a desire to travel to distant places.

Ketu in 12th House: Ketu in the 12th house is considered one of the most spiritual placements in the horoscope. With a favourable Ketu in this house, you will have a strong sense of spirituality. Your actions will put you on the path to enlightenment, which is your ultimate goal in life. You will be an introvert by nature, inclined to seclusion. Ketu in this
house will help you emerge victorious over your opposition. However, an afflicted Ketu may bring health hazards and cause expenses.