Will Brahmastra be the Brahmastra and save Bollywood from the recent slump? 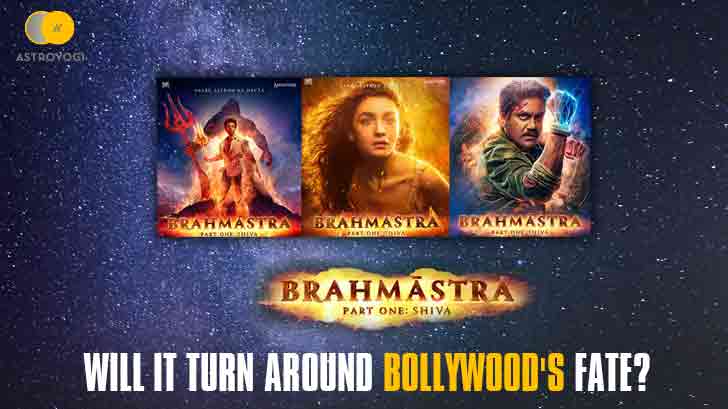 Bollywood has always been looked upon as providing high-quality entertainment to the public. But certain events in the recent past have made the audience boycott a specific genre of Bollywood films and actors. So, is there a proverbial twist in the tale now, with the imminent release of the most anticipated Indian Sci-Fi movie in recent times, Brahmastra?

Brahmastra, the name sounds apt to rescue Bollywood from the hole it has created for itself. After all, Brahmastra has always proved to be the ultimate weapon in warfare. Sanatana Dharma scriptures and texts have ample reference to Brahmastra used during the Ramayana and the Mahabharata.

What is the Brahmastra?

Brahmastra is a combination of two words, ‘Brahma’ and ‘Astra.’ So, it signifies an Astra (a weapon) created by Brahma. Brahmastra is regarded as one of the three foremost weapons designed by Brahma, after the Brahmandastra and the Brahmashirsastra.

Our spiritual texts describe Brahmastra as a highly devastating and dangerous weapon capable of annihilating anything that comes in its way. Brahma devised this weapon to control everything in the cosmos that he created. It is reputed to have immense power and is considered to be the equivalent of the hydrogen bomb of modern times. However, Brahmastra can devastate the entire creation far beyond anyone’s imagination.

Who possessed the Brahmastra?

Acquiring the Brahmastra is amongst the most challenging endeavors for any warrior. Brahma does not bestow his blessings on those he finds incapable of using and controlling the weapon. So, very few people had the power to acquire and wield it properly.

The Ramayana references the Brahmastra used by Brahmarishi Vishwamitra against Brahmarishi Vasishta. Similarly, Bhagwan Shri Ram, Lakshmana, Indrajit, and Vibhishana possessed the power to wield this weapon. Mahabharata documents Parasurama, Dronacharya, Bhagwan Shri Krishna, Arjuna, and Ashwatthama as warriors who possessed this ultimate weapon. Karna knew how to use the Brahmastra, but Parasurama had cursed him that he would forget the invocation mantra at the most opportune moment. Ashwatthama could operate the weapon but did not know how to control it.

Brahmastra has always been used as a weapon to change the outcome of wars in ancient times. This celestial weapon not only destroys the person against whom it has been used but also causes immense environmental damage and makes the land barren. So, it is the equivalent of a nuclear weapon today. But, maybe, it had more power than what modern-day science could conjure.

You May Like:👉Is Love Marriage A Possibility for You? Astrology Can Reveal!

Our sacred texts describe various powerful weapons, like Narayanastra, Pasupatastra, Vajra, Rudrastra, Nagastra, and many more that can equal or even surpass the Brahmastra. But, no Astra has captivated human attention as much as Brahmastra. Even today, people use the word Brahmastra to describe their ultimate effort or endeavor to achieve their objectives.

Start Up Ideas Based on Astrology

Why could Brahmastra (the movie) redefine Bollywood?

Bollywood movies and their superstars have recently faced massive backlash from the film-going audience. For example, 2022 can be termed the Year of Bollywood Flops. Other than The Kashmir Files and Bhool Bhulaiya 2, no other proper Hindi film has been certified as a blockbuster movie. On the other hand, RRR and KGF Part 2 were blockbusters. But they cannot be classified as actual Bollywood movies because they are dubbed versions of South Indian products.

Bollywood is presently under a dark cloud for various reasons.

So, the question is, “Will Brahmastra (the movie) prove to be the Brahmastra (the weapon) that could signal Bollywood’s revival?” The initial indications are that Brahmastra could be the catalyst that could propel Bollywood, provided used appropriately. That is also true of the actual Brahmastra because incorrect usage can spell doom for everyone.

For example, Ashwatthama was clouded with rage when using the Brahmastra. He did not know how to control it. Therefore, it destroyed the last surviving heir of the Pandavas, Abhimanyu's to-be-born son, in Uttara's womb. So Bhagwan Shri Krishna had to use his divine powers to revive the fetus.

So, what do the stars foretell about Brahmastra (the movie)?

Brahmastra (the movie) has a star-filled cast led by the mercurial Ranbir Kapoor, supported by the immensely talented Alia Bhat. Besides, the star cast includes the Bhishma Pitamaha of Bollywood, Amitabh Bachchan. The supporting cast includes Nagarjuna Akkineni and Dimple Kapadia. In addition, the Badshah of Bollywood, Shahrukh Khan, plays a prominent cameo. Karan Johar is a co-producer of this film. So, there is no dearth of stars.

It has a power-packed storyline with high-quality graphics. This Sci-Fi movie produced on a massive budget has all the ingredients required for a potboiler entertainer. However, will it appeal to the angry audience bent on teaching a lesson to the Bollywood Super Brat brigade spearheaded by Karan Johar, of which Alia Bhat and Ranbir Kapoor are prominent ingredients?

It is difficult to predict the movie's fate. First, Lal Singh Chaddha, the latest superstar release, had a horrible run at the box office, with theaters empty even during the initial days. Secondly, the immature comments made by Kareena Kapoor-Khan and Alia Bhat in various interviews add fuel to the fire. Finally, Karan Johar's unapologetic behavior is another reason people might continue with the Boycott Bollywood trend.