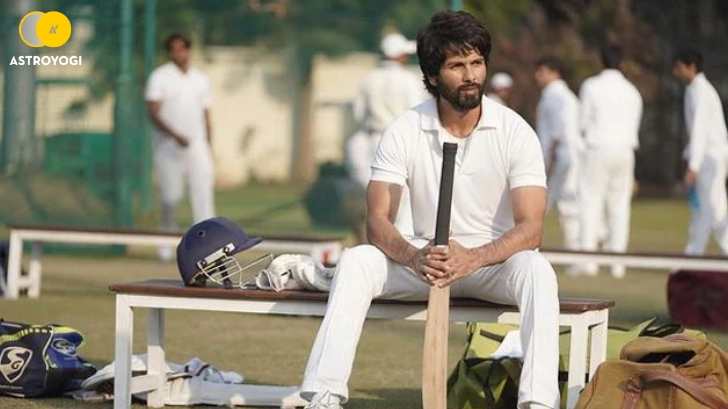 Jersey movie 2022 is a forthcoming Bollywood film that has many people excited. It is a remake of a Telugu film of the same name, released in 2019. Shahid Kapoor is starring as a former cricketer who returns to the game to fulfill his son's yearning for a Jersey. Read the following article to see how the movie will turn out to be.

So, what do the stars have in store for them? Continue reading to find out if "Jersey" will be a success.

Arjun, a gifted but unsuccessful cricketer, chooses to return to the sport in his late thirties, motivated by a desire to represent India and fulfill his son's yearning for a Jersey as a gift. In October 2019, the Jersey film was officially announced and has been awaited by the fans since then.

Shahid Kapoor, the son of actors Pankaj Kapur and Neelima Azeem, is a well-known Bollywood actor. He is currently one of the bollywood's most prominent and well-paid actors. He enrolled in Shiamak Davar's dance academy in Mumbai. Shahid appeared in a few films in the 1990s as a background dancer and later made his presence felt in many music videos and television advertisements. In 2003, Kapoor made his debut in Ishq Vishk, for which he received a Filmfare Award for 'Best Male Debut'.

Following that, he appeared in a string of commercial flops before starring in Sooraj Barjatya's blockbuster Vivah (2006). Later, he appeared in films such as Jab We Met (2007), Kaminey (2009), R... Rajkumar (2013), Haider (2014), and Udta Punjab (2016). He has received various awards, including three Filmfare Awards, and was once known for playing romantic roles. He has recently moved on to action movies and thrillers, giving fans a taste of his many talents. On a side note, Shahid Kapoor’s personal life was blessed when he married Mira Rajput in March 2015, and today they have a daughter and son together.

More About Shahid And His Stars:

Shahid Kapoor was born on February 25, which makes him a Pisces. He is one of the few actors in the country with such a large following. Shahid Kapoor is known for his incredible comic timing and delivery of dialogues. He possesses several qualities that qualify him as a true Pisces and a water sign native. Let's take a look at all of the characteristics that this multi-talented man possesses that make him a true water sign -

What Does Numerology Say about Shahid's luck?

According to numerology, Shahid Kapoor's root number is 7. For him, this will be a year of growth. This year will enable him to realize all of his ambitions. Ketu is represented by the number 7 and is associated with spirituality. It brings a lot of good fortune. This year, he will be rewarded financially. It would be beneficial if he continued to work hard in his career, as the flow of income would improve. He may make significant investments for his future security this year. Overall, this year will be a fantastic year for his work and financial situation. He will not have any financial difficulties.

Astro Predictions for Shahid Kapoor in 2022

Shahid Kapoor's horoscope predicts that he will achieve great success in life despite all odds. The audience for his upcoming movie "Jersey" will eagerly anticipate his screen appearance. His self-assurance will be at an all-time high, allowing him to make critical life choices. This year, his primary concentration will be on self-improvement and finding the best version of himself to achieve exceptional future accomplishments. He'll be happy in his professional life and succeed in it!

The actor has a fantastic year ahead of him, and we wish him the best of luck with his upcoming Jersey film.

Connect with Astroyogi astrologers today to learn what your year will be like!