Is Your Sign The Most Competitive Among All the Zodiac Signs? Find Out Here! 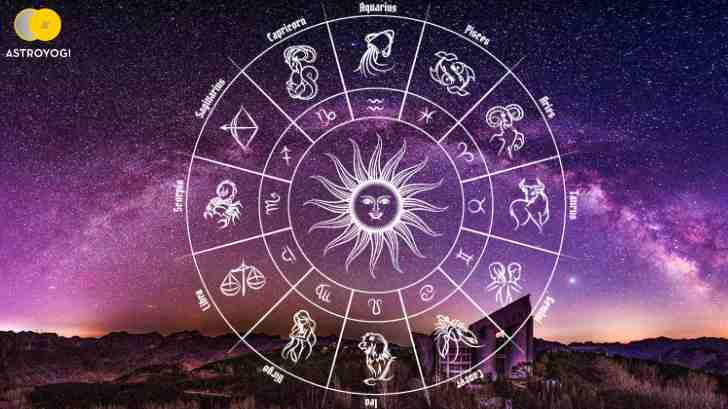 For some people, competitiveness comes naturally. They always like to win big. Do you want to know if you have a competitive streak in you? If yes, read to know which are the most competitive zodiac signs and whether your sign is one of them.

Whether it's a friendly match with their friends, an intense trivia night, or just a race to the car, these individuals are always in it to win it. These people thrive on competition as it helps them perform better in every domain of their life. If you are wondering whether you have a competitive streak in you or not, your zodiac sign can offer you some valuable insight.

How Astrology Plays A Role in Determining Our Competitiveness?

The celestial bodies can reveal a lot about who we are. Our sun sign and astrological birth chart can tell us about our celestial makeup, which is why when we look at our zodiac sign, we can learn about our personality traits and characteristics. The zodiac signs influence a lot of who we are, our personalities, and the people we eventually become. You can tell a lot about an individual's behavior, antics, and personality, by understanding the characteristics of each zodiac sign.

When you consult with an expert astrologer, they can take a look at your zodiac sign and can reveal to you whether you tend to see life as a competition or not. Your zodiac sign can indicate if you are someone who is strictly focused on winning or not.

Do you have any zodiac sign-related questions? All you have to do is turn to Astroyogi!

Most Competitive Zodiac Signs: Check It Out!

Here are some of the zodiac signs who are known for being competitive.

The competitive streak and passion go hand-in-hand when it comes to Scorpios. Scorpio natives might come across as introverts, but that doesn't mean they don't have aggression. They give it their all, no matter what the circumstance! These individuals like the thrill of competing. However, if they feel competitive, they will not show mercy to anyone. These intuitive individuals will lie in wait and strike their competitors when they least expect it. Scorpio natives can be highly fierce and competitive, but they always keep it clean when dealing with competition, whether friendly or otherwise.

Aries is the sign that is first on the zodiac wheel, and these folks are ambitious, competitive, and always ready for action. Aries natives don't take anything lightly; they always challenge themselves and want to be the best in the room. Even if there is no prize, the first position is everything an Aries native needs. Being competitive is how they keep their energy up and add some meaning to their life. An Aries native will be super serious and focused even in a friendly competition. They also tend to be sore losers if things don't work out in their favor.

Leos like feeling superior and better than other people; they believe they are the best. Hands down, Leo natives are fierce competitors. Everything is a competition for these individuals as the word 'losing' is not in their dictionary. Emerging victorious in a competition increases their self-esteem and gets them attention, which they love. Therefore, they cannot tolerate the idea of losing. However, unlike Aries, Leos are willing to step over anyone as for them, competition isn't about being friendly. Leos mostly leave the competition to their professional life. Competing to get ahead in their career appeals to them more as this allows them to shine in front of people without having to worry about being perceived as 'too competitive.'

Capricorns are infamous for putting pressure on themselves to become better. Their biggest competition is often themselves, as they are always focused on achieving their goals. But, if someone is standing in their way of achieving their goals, they will never hesitate to improve their game. When competing, Capricorn natives give it their all as they want to win at all costs. They often use their level-headedness and intelligence to get ahead in the competition. The good thing about Capricorn is that they are not sore losers even though they hate losing. Instead of getting upset, they tend to continue giving it their all until they manage to win.

Taureans are lovers of all the finer things in life. They are used to indulging in the best things and will do anything to attain them. When Taureans set a goal for themselves, they can get highly aggressive and stubborn to get their way. Taureans are known for being one of the most stubborn zodiac signs, so they will not rest until they get what they want. They work hard and are the best at what they do, so they never rest until they are precisely where they want to be.

These were some of the zodiac signs known for being the most competitive. The zodiac signs mentioned above are based on generalized notions of their traits. Every sign has its own negative and positive attributes. Being a competitive person doesn't necessarily mean a negative quality. It means that you are always looking for more dynamism in your life and are consistently pushing yourself to deliver the best to reach your goals. This makes you quite an impressive individual. Moreover, there are times when a little competition can be good for you.

To know whether you have that competitive streak in you or not, connect with Astroyogi astrologers instantly!