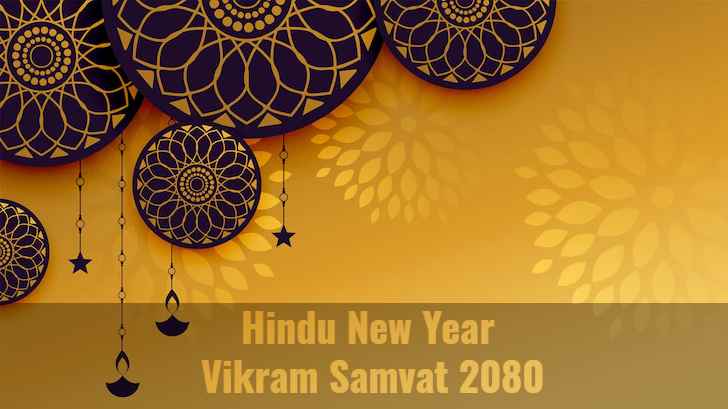 The foremost exponent of the concept of having 12 months in one harvest year, was given in the most ancient literary texts; the Vedas! The ancient scripture states that ‘A year consists of twelve months’. It is because it was written in this literary text, that the world has come to accept that a year must consist of 12 months.

While most parts of the world follow the Gregorian calendar and celebrate the New Year day on 1st January every year, the different communities in India have their own special days, which the community members celebrate as New Year’s Day. The different regions have a chosen day for celebrations based on whether they follow the Lunar calendar or the Solar calendar.

For the regions, which follow the Solar calendar to observe New Year’s Day, it usually falls on the Sankranti in the first month of January. It is mostly celebrated on the 14th or 15th day of the month. This day is referred to as Vaishakha. On the other hand, for those regions which follow the Lunar calendar, the month of Chaitra (which is usually between the months of March and April) corresponds to as the first month of the New Year. A few regions in India also consider the period between consecutive Sankranti to constitute one month, while some regions consider the period between consecutive Purnimas as constituting one month. Consult the best astrologers in India on Astroyogi. Click here to consult now!

For the Hindu community, observing the Hindu Lunar calendar, the New Year will be on 22nd March in 2023. The Hindu New Year is also commonly known as Hindu Nav Varsh and Vikram Samvat. Hindus believe that this day marks the end of one agricultural harvest, and hence the beginning of a new harvest year. This day is also associated with sowing new seeds, and so, a new start for those looking for a change. The great king of Ujjain, Vikramaditya, who defeated the enemies of the country, the Shakas, first established the new Hindu year.

This day has been chosen by the Hindu community as Nav Varsh for many reasons. Some of these reasons include the fact that following the first day of the month of Chaitra, the Sun moves over to the point of intersection of the equator and the meridians. This intersection is also known as the Vasant Intersection. This month also marks the beginning of the spring season. Another reason why this particular day was chosen is because, on this day, Lord Brahma created the universe, and the Satyayuga began.

In Northern India, people decorate their homes with various colorful flowers, be it pink, red, purple, or white hues, as a way of celebrating the New Year. Members of the Hindu community, in central parts of India, also display orange flags, from the top of buildings and temples to commemorate the auspicious day. Often elders even encourage family members to start the day by commencing or carrying out a difficult task, in order to have a successful year ahead.

Different traditions are carried out by family members, which include special food items being prepared as part of the celebrations.

Spirituality
How was your Experience