Need A Spiritual Retreat? Visit These Famous Temples in Mumbai 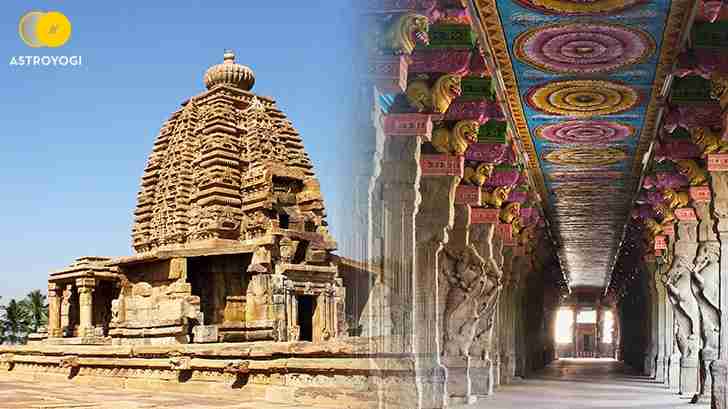 Mumbai's essence can be described as a buffet of different cultures and the hopes of individuals from all walks of life. Mumbai, India's economic and entertainment center, has something for everyone. This city will cater to your interests, whether you are a student, a working professional, or simply a devoutly religious person.

Even a year might seem like a passing moment in this fast-paced city. When it comes to celebrating the different Hindu festivals, the city comes to a halt. There are numerous temples in Mumbai that highlight the city's religious devotion.

You can learn more about spirituality from the best astrologers in Mumbai.

While there are various places to visit in Mumbai and shops where you may engage in retail therapy, today, we will discuss the Famous Temples to Visit in Mumbai.

Siddhivinayak is one of Mumbai's most well-known temples, dedicated to Lord Ganesha, the god of good fortune and beginnings. The temple was founded in 1801 by Devbhai Patil and Laxmi Vithu and is one of the eight Ashtavinayak temples located throughout Maharashtra. A visit to the temple will teach you about the life of this magnificent god and why Hindus hold him in such high regard.

A magnificent figure of the Lord and his two wives, Ridhi and Sidhi, can be found in the temple. The deity statue, which has four hands and a lotus, a small ax, his favorite sweet food - modaks, and prayer beads, looks majestic at all times of the day.

ISKCON temple is one of Mumbai's most tranquil temples, with branches all around the country. The temple, dedicated to Lord Krishna, was built to preserve the rich heritage and mythical stories surrounding Shri Krishna's life and how his presence influenced Mahabharata, one of the greatest mythological stories ever recounted.

The temple, which Acharya Bhaktivedanta Swami Prabhupada founded in 1978, is ideal for spending an evening listening to "Hare Krishna, Hare Rama" chanting and drowning in the magnificence of the evening aarti and bhajans. Many folks come to meditate and observe the temple's beauty.

Read Also👉 Heart Broken? Here Are The Do's & Dont's After A Breakup!

Unlike other temples, this one honors a deity from a specific community rather than the entire religion. Deity Mumba is the patron goddess of Maharashtra's Somavanshi Kshatriya, Koli, and Agri communities. According to local mythology, Goddess Mumba is a powerful guardian and an incarnation of Goddess Parvati.

The temple, located on the Bhuleshwar Road, was founded in 1675. The deity's statue, made of black stone with an orange face, can be found inside the temple. Because Tuesday is the most important day in Hindu mythology, expect a large crowd if you visit on this day of the week.

Do you want to learn more about spirituality? The Famous Astrologers in Mumbai can help you.

Babulnath temple is another historic temple in Mumbai, close to the famous Girgaon Chowpatty Beach. The temple, dedicated to Lord Shiva, is significant to the Marwari and Gujarati communities in Mumbai. The temple will awe you with its magnificent interiors and detailed sculptures on the walls.

The temple is designed to make you feel like you've descended onto Mount Kailash, Lord Shiva's home. If you want to visit the temple on Mondays, be prepared for a large crowd of devotees because Monday is Lord Shiva's day.

Unlike other temples in Mumbai, Mahalaxmi Temple is located right next to the seashore. The temple is devoted to the goddesses Laxmi, Saraswati, and Durga. The idols of the various gods are ethereal and sculpted out of stone.

All of the statues are said to be 'Swayambhu,' meaning they were carved in the most accurate form of the goddess herself. Every morning, each goddess is bathed and decked with a golden mask.

The temple is not just a religious site, but it also has archaeological value since there are various texts and relics on display that will teach you about our past's unique and beautiful stories.

The Balaji Temple, a prominent South Indian temple in Mumbai, duplicates the Tirupati temple and is dedicated to Lord Balaji. Balaji temple features statues of numerous other deities that South Indians revere. The temple is stunning, with a 60-foot Rajagopuram, a must-see element of all South Indian temples.

Lakshmi Narasimha Temple, Ramanuja Temple, Vishwaksena Temple, Padmavati Devi Temple, Hanuman Temple, and Vidya Ganapati Temple are other temples inside the complex's grounds. You can either spend the whole day investigating each temple's intricacy and features or stroll through the garden.

The Swaminarayan Temple, which is about 100 years old, is also one of the most frequented temples. One cannot overlook the elaborate carvings and decorations that complement the temple's facade when praying in the hallways

The temple features three spires on top of it, in addition to the various deities and idols. The paintings depicting Lord Krishna's entire life inside the hall are a feast for the eyes of visitors and devotees.

Lord Narayan, Goddess Lakshmi, and Ghanshyam Maharaj are the temple's significant deities. The temple is close to a flower market, which attracts many people. Visit the temple during Janmashtami, Mahashivratri, or Ram Navami to witness it in all its splendor.

If you want to discover which temple you should visit based on your birth chart, consult the Astrologers in Mumbai!