Will Ayushmann Khurrana’s “Anek” Impress Many? Find Out What The Stars Predict! 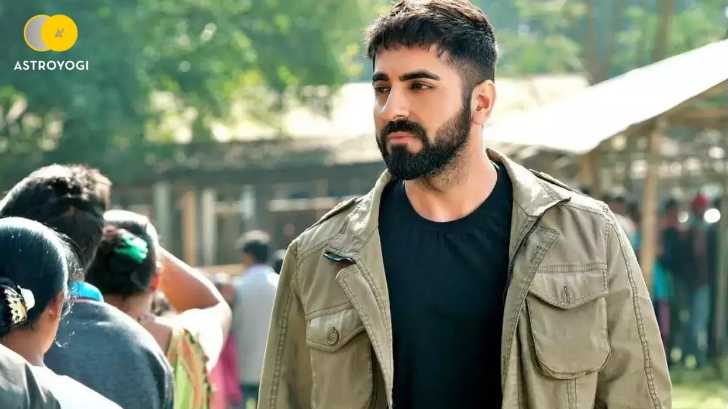 The box office is enlived by a new release every friday and another intense movie releases on the 27th of May with the lead actor, Ayushmann Khurrana ready to set the big screen on fire! Read here to find out all that the stars have in store for this heart throb’s fiery performance in “Anek”.

Ayushmann Khurrana upcoming movie, “Anek,” is directed by Anubhav Sinha. This esteemed director has many award-winning movies in his kitty and it seems like “Anek” is going to join the likes of movies like Thappad, Article - 15, and Mulk. The movie is produced by Bhushan Kumar’s T - Series and Anubhav Sinha’s Benaras Mediaworks. It has Ayushmann Khurrana as the lead actor who is on a mission in the North Eastern states of the country as an undercover cop who can even beat a lie detector!!

Now, are you wondering about the Anek movie actress name? Well, representing the umpteen talent in the North East, Carol Andrea Kevichusa from Kohima, Nagaland is the lead actress in the movie and she is playing the role of a boxer.

Now, let’s know a little more about all that the viewers can expect from their favorite star’s upcoming movie.

What is “Anek” All about?

Being a political thriller, the movie is all about the social message of unifying the North East with the Mainland. A topic that has often been surrounded with controversy, the film tries to familiarize the country with its rich heritage and history. Even though the NER - North Eastern States, have a total of 8 states - Arunachal Pradesh, Manipur, Nagaland, Meghalaya, Assam, Mizoram, Sikkim, and Tripura, they have always felt segregated from the mainland, generating a lot of alienation in the minds of the people from this region. This movie, therefore, pays a sincere tribute to the unity and diversity of our nation.

Even though the Anek movie release date is 27th May, a 3 minute trailer of the movie was released recently that describes the movie as, “An untold story of an undercover cop set against the geopolitical backdrop of North East India. An action-thriller about a rebellion, an uprising. An Indian, who wants nothing more than peace for the nation.” Khurrana is thrilled with the heartfelt response that the trailer has garnered and is supremely excited to showcase one of his hardest performances in front of the world.

This movie is studded with some of the finest actors in the industry who have all gotten together to bring an important story to us. Are you just as excited as us? We’ll then, let’s take you through the mesmerizing performers in this list of Anek movie cast name:

An Astrological Insight on “Anek”

Astrologically, if we have to predict the movie’s success at the box office, then here are the natal chart details of the movie’s lead actor, Ayushmann Khurrana:

As per the yearly horoscope of Virgos, the year 2022 will come with mixed results. While there will be profits, there are also occasional chances of difficulties knocking on one’s doorstep. Even though Ayushmann Khurrana has given his fans many superhits in the past, like Vicky Donor, Article 15, Andhadhun and more. However, according to the position of the planets in his birth chart currently, this movie will not be able to create a lot of buzz. Having said that, the movie will leave a lasting impression on the cinema goers who will have something to think about! Though it's an intense movie that tackles issues that have a lot of gravity and it carries a meaningful social message for the masses, the chances of it being able to convert this audience reaction into box office success might not be very high.

However, it is all up to the stars above and all we can do is watch the show!

So, we wish Ayushmann Khurrana all the best!

Connect with Astroyogi astrologers today to learn how your stars can help you out!