Alia Bhatt's Hollywood Calling! Will She be Successful? 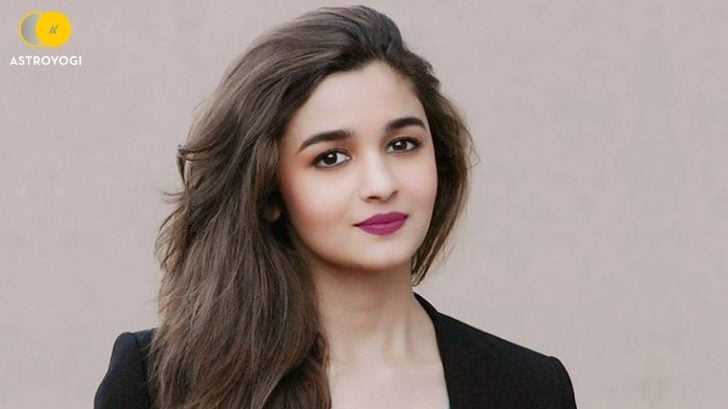 Alia Bhatt is a bonafide superstar! She has essayed every role with finesse. Recently, it was announced that she would be making her Hollywood debut. Read here to know what astrology can reveal about Alia Bhatt's Hollywood debut and whether it will be a successful venture or not.

If you are a lover of all things Bollywood, then Alia Bhatt is a name you are more than familiar with! Alia Bhatt not only brought a freshness to the Hindi film industry, but her attitude of taking everything in stride and never letting her confidence get shaken due to the silly jokes made at her expense made her a fan favorite.

Alia Bhatt proved her mettle in the cut-throat film industry by showcasing spectacular acting skills and immense hold on her craft. No wonder Alia Bhatt is one of the biggest Bollywood actors! She has won multiple awards, including the coveted Filmfare Awards multiple times. Alia Bhatt has been on Forbes India's Celebrity 100 list since 2014. Additionally, she is also one of India's highest-paid celebrities.

With such spectacular achievements under her belt, Alia Bhatt’s fans were overjoyed when the news of Alia Bhatt’s Hollywood debut started making headlines.

Let’s get to know more about it.

What Do We Know So Far About Alia Bhatt's Big Hollywood Debut?

Alia Bhatt's last two movies, i.e., Gangubai Kathiawadi and RRR, have created magic at the box office, and they garnered an abundance of love from the cinema-goers. In her decade-long career, she has essayed many memorable roles. Now, the enigmatic and peppy Alia Bhatt is ready to acquire another achievement by stepping into Hollywood.

It was recently announced that Alia Bhatt would be finally showing off her talents in her first English-language film. She is set to make her Hollywood debut with Netflix's spy thriller titled 'Heart of Stone.' This OTT original is set to star Alia Bhatt with Gal Gadot from 'Wonder Woman' fame. The film is also set to star Jamie Dornan, and it is going to be directed by British filmmaker Tom Harper.

She shared the news of her Hollywood debut on her Instagram account. The 29-year-old actor said that she currently isn't thinking about being at the top but is working in films that she enjoys.

If you have any astrology-related concerns, get in touch with Astroyogi astrologers!

What Can The Stars Reveal About Her Monumental Hollywood Debut?

Alia Bhatt was born into the well-known Bhatt family on 15th March 1993. She is the daughter of renowned Indian film director, producer, and screenwriter Mahesh Bhatt and actress Soni Razdan.

She started her career as a child artist in Bollywood in the 1999 thriller 'Sangharsh.' Later on, she made her Bollywood debut in the glamorous 'Student of the Year.' She went on to outgrow her star kid label and became a more refined, polished, and versatile actor doing meaningful roles. She established herself as a bonafide superstar with spectacular roles in a diverse range of movies such as 'Highway,' 'Dear Zindagi,' 'Udta Punjab,' 'Raazi,' and 'Gully Boy' to name a few. Every movie of hers had a different flavor to offer.

Alia Bhatt's Hollywood debut and all her other new projects like Brahmastra look quite promising. Now, let's talk about her planetary positions and what they can reveal about her upcoming Hollywood debut.

As per the planetary positions, it can be predicted that Alia Bhatt will surely do fantastic in her Hollywood debut. She will earn immense name and fame through this Hollywood spy thriller. Not only this, but she will also sign more such projects in the West in addition to her fantastic work in Indian cinema, which will continue to become more creative, meaningful, and larger than life. She ought to remember that she needs to be careful not to spend too much time getting distracted. Her relationship management part might also need some extra effort. Apart from this, she will surely go places.

One thing Alia Bhatt knows for sure is how to light up the silver screen. From being vulnerable and mature to being playful, Alia Bhatt has always portrayed all the roles with supreme ease. 'Heart of Stone' will be yet another feather in her cap.

Do you want to know what the future holds for you? Turn to Tarot Pooja on Astroyogi right away!