Shahid and His Leading Ladies! 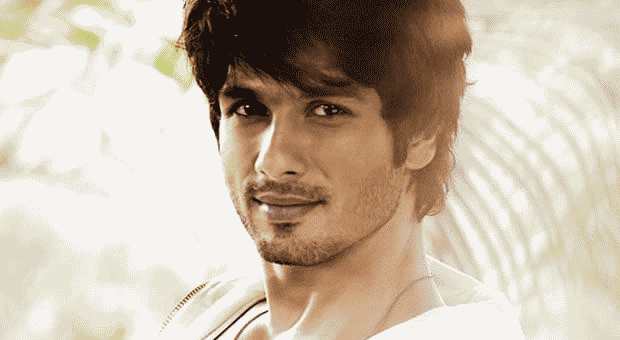 Shahid Kapoor has been on a dating spree and this lucky lad has been hooking up with some of the hottest leading ladies of Bollywood. Post his very famous split with Kareena Kapoor, Shahid was rumoured to be dating Vidya Balan – Not the hottest of pairs but still the pair kept tabloids busy with their on and off romance.

From Vidya Shahid reportedly moved on to dating Piggy Chops. Priyanka and Shahid shared a sizzling chemistry and it was evident in Kaminey and in Koffee with Karan. They looked hot together and seemed to be on the way to becoming the next ‘It’ couple of Bollywood. But, before Shahid-Priyanka fans could rejoice, this couple too called it quits. They were incompatible!

Shahid fans were busy guessing if Priyanka and Shahid had really broken up when we heard news of the Shahid-Bipasha break up. Shahid and Bipasha? Bipasha who was nursing a broken heart post her break-up with long time boyfriend John Abraham was parting ways with Shahid. Now, this came as a big surprise for one and all. The duo didn’t even officially date and we hear news of their break-up?

Finally, we have the latest Shahid link-up. Is Shahid really dating Anushka Sharma or is it just a publicity stunt? Shahid Kapoor and Anushka Sharma were reportedly spotted kissing in the balcony during Imran Khan’s birthday bash. Something must be cooking between these two, if recent reports are to be believed.

Whether or not they are really dating, here`s our astro analysis of how things work out for them.

Shahid was born on Feb 25, 1981 and he belongs to the zodiac sign Pisces. Anushka was born on May 1, 1988 and her sunsign is Taurus. This usually is a very happy combination. Sentimental and sensuous Shahid will find great comfort in sympathetic Anushka. Neptune, the ruler of Pisces, is the higher octave of Venus who, in turn, rules Taurus. Therefore a romantic, imaginative, impressionable and flexible Pisces male is just what Taurus looks for in marriage. Protecting him and caring for him at home is just what the Taurus female needs. These two star signs have many things in common. As both share a common appreciation for beauty, art, sensuality and just about any of the other finer things in life, they can work towards achieving these goals together and in perfect harmony with each other. Pisces, who is easily clouded by emotions, can be brought back to reality by Taurus` earthy nature. Taurus, in turn, can be helped to dream by the Pisces personality. Lots of good stuff here but watch the emotions!