Tarot Devaangna comes from a well-known family in Punjab. Her father and grandfather were both businessmen, but they had good knowledge of Astrology and Ayurveda and used to help people with their knowledge of both fields, which awed her and inspired her to learn it from her father. Meanwhile, while she was learning the craft from him, her father became very ill and bedridden, and he died within six months. She did not, however, stop learning and began practising at home and assisting her family and friends.

During that time, Tarot Devaangna learned about Tarot reading and watched some TV shows about it because today's generation expects quick answers to their questions. So she learned Osho Zen Tarot Cards from a renowned Mumbai Astro, Vastu specialist, Reiki grandmaster, and multi-modality healer who was visiting Delhi in March 2015. She approached him, and he prepared to teach her the Tarot. It once again aided her in resolving people's problems through the use of tarot spells, switch word codes, and other means. Tarot Devaangna chose Astrology to remove obstacles from her family members, friends, and people around her who were in trouble at times, allowing them to overcome their difficulties. Her family encouraged her to pursue it as a career at the time. So she has been practising astrology since 2009 and Tarot reading since 2015. Her clients come from all over India and Canada, the United States, Saudi Arabia, South Africa, and Germany. 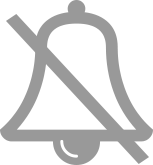 Get updates on WhatsApp

Enter OTP
OTP has been sent to you on your mobile number Edit
Didn't you receive OTP code? RESEND NEW CODE
×

Get updates on WhatsApp

Select one of the option to buy your Express Pass

Pass Applied Successful
You have successfully joined the express queue of .
×

Pass Successful Purchased
You have successfully joined the express queue of .
×
has requested you to select Tarot Cards For Reading.
Show Card
×
Think of your question & select

Are you Sure?
You want to upgrade to express queue and reduce your wait time.
Cancel
×
Update Mobile Number

Recently moved to a new location? Update your number to a local number so that you enjoy our services, hassle-free!
Didn't receive the SMS? Send Otp to Activate Your Account
Are you sure ?

Please Wait!
One Last Step
Oops!!
Rate & Write a Review
Please be humble & polite while posting a review. Your feedback is most welcome and I would be more than happy to work on it.
Please rate & review.
Thank you!
It was great serving you.
See you again
Oops!!

×
ATTENTION!
Note:-If you don’t use the Express Pass now, it’ll be added back to your account.
Start Chatting !!

Mobile Number not verified
Your phone number is not
verified. please verify.

Talk time left.
* first minute will not be free

We are reconnecting your call to
You can expect a call in the next 2 minutes.

Redial with the same astrologer within
60 seconds after the call disconnects.