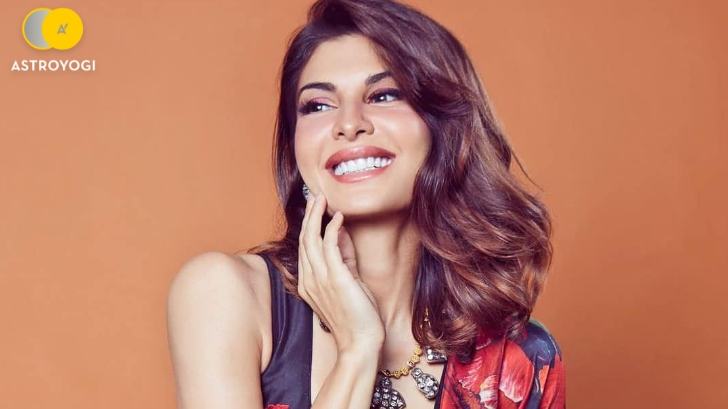 The stunningly gorgeous and incredibly stylish Jacqueline Fernandez is a familiar name in the glamorous world of Bollywood. She is a fantastic dancer, actress, and model, which makes her multi-talented and different from others. Are you interested to know what astrology can reveal about her life? If so, read on here now.

If you are a Bollywood fan, you must be aware of Bollywood actress Jacqueline Fernandez! She is irresistibly attractive and has become a fan favorite, making her one of the most well-known actresses in Bollywood cinema. Jacqueline Fernandez is an actress, model, dancer, and a bonafide celebrity, and she has done quite well for herself, even after being an outsider in the Indian film industry.

Let’s get to know more about Bollywood actress Jacqueline Fernandez.

Getting to Know Jacqueline Fernandez

The beautiful and talented Jacqueline Fernandez won the 2006 Miss Universe Sri Lanka award at the age of 21 and later represented her country at Miss Universe 2006. Not only this, but Jacqueline Fernandez also won the Best Actress IIFA in 2010 after her debut. The Sri Lankan beauty made her film debut in 2009 with Aladin with Riteish Deshmukh and Amitabh Bachan and has done many superhit movies. Her movies like Murder 2, Judwaa 2, Kick, and Housefull 2 were loved by many and earned a lot of money at the box office. Alongside her showbiz career, Fernandez is also a famous celebrity endorser for various brands and is involved in humanitarian work.

The Sri Lankan beauty, Jacqueline Fernandez, was born on 11th August 1985, in Manama, Bahrain, and she was raised in a multi-ethnic family. Fernandez did her early education in Bahrain at Sacred Heart School; after that, she studied mass communication at the University of Sydney, Australia. She is the youngest of four children. She has two older brothers and one older sister.

Jacqueline Fernandez has always been brilliant and talented since her childhood. She was only 14 when she hosted a TV show. You might not be aware of this, but she can speak not one but many languages. She is fluent in French, Spanish, and Arabic. Since childhood, Jacqueline Fernandez had aspired to become an actress. She desired to become a Hollywood star. She also took training at the John School of Acting to fulfill her dream. Fernandez worked as a television reporter and also accepted offers in the modeling industry. After coming to India, she faced many challenges, being virtually an outsider, but she is touching incredible heights of fame today.

Below are some of the awards won by Jacqueline Fernandez.

Looking for astrological guidance? Connect with Astroyogi astrologers right away.

What Can Stars Reveal About Bollywood Actress- Jacqueline Fernandez?

Let’s get to know what the stars can reveal about Leo celebrity Jacqueline Fernandez.

Jacqueline Fernandez's personality is incredibly pleasing and attractive, and everyone gets impressed by her. This is due to the effects of the celestial bodies in her horoscope. Her lucky stars brought her to India and the Indian film industry and made her a huge hit.

The Sri Lankan beauty Jacqueline Fernandez has been winning the hearts of many with her charms, talent, and personality since she first stepped into the limelight. However, only time will tell us what other milestones she'll achieve in life, but we hope that she keeps flourishing and reaches new levels of success.

To solve the problems in your life, talk to Tarot Pooja on Astroyogi right away!