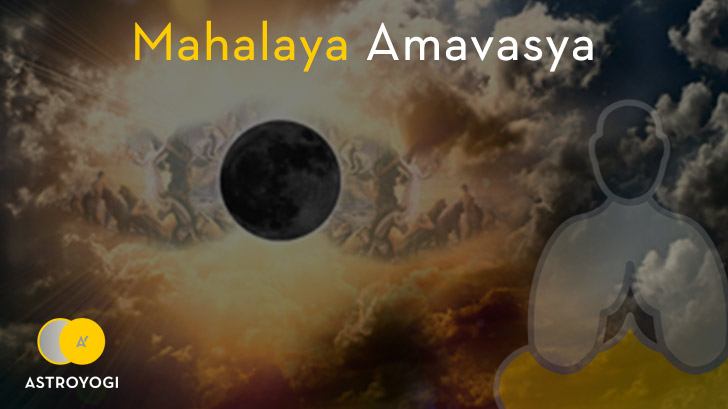 Also known as Pitru Paksha, Mahalaya Amavasya is celebrated on the last fortnight in the Hindu month of Bhadrapada. According to the Gregorian calendar, it falls in August and September. This year, the festival will be celebrated on on 25th September.

This New Moon day, known as Mahalaya Amavasya, marks the beginning of the popular festival of Dussehra. The festival of Mahalaya Amavasya has a lot of significance attached to it. During this day, people perform rituals to pray for peace, happiness, and salvation for their ancestors.

According to a legend, it is believed that around the time of the festival, the souls of our ancestors are closest to Earth. Lord Yama had said to Kunti Putra, Karna, that he would bless the souls of those who had passed if their progeny would pray for them, perform the rituals, donate food and do charity in their name. These souls would be blessed with peace and salvation, due to the good acts done by their children.

As part of the celebrations, devotees pay homage to their elders and ancestors by remembering them, praying for them, and offering foods and clothes to the poor. People wake up early in the morning and spend the day reciting Devi Mahatmyam hymns. Food prepared for ancestors is advised to be cooked in silver or copper utensils, and should then be offered on banana leaves. Popular food items offered include kheer, rice and dal, guar, vegetables, and pumpkin, and these are then given to the poor.

Family members also offer tarpan at home, which includes lighting a lamp and praying to the devtas (Gods and Goddesses). Other popular practices include Pind Daan, which includes making rice balls and feeding it to birds and animals, and Pitra Bhoj, which includes offering food prepared to pandits.

Since during this time, in the Indian subcontinent, new crops also begin to bear yield, the first product is also offered to the ancestors as a mark of respect and thankfulness.

It is also considered to be an important time for engaging in spiritual practices. On a New Moon day, the Moon and the Sun exert a combined gravitational pull on the Earth. This exerts a lot of force and our energies get pulled upwards, giving rise to a heightened awareness in all of us. Another significant aspect is that, since the Moon controls our emotions, this proves to be a good time to express our love and pray for peace for those who have passed.

For those of you who have recently lost a loved one, log on to astroyogi.com and ask our expert astrologers how you can best commemorate them and honor their memory.

Some people believe that during this period, one can ‘talk’ to their loved ones. However true that might be, there are certain activities that you can do to show your love and dedication and pay homage to them.