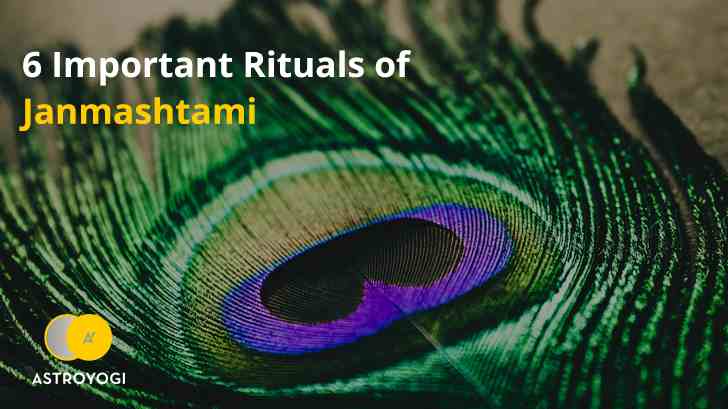 The festival of Janmashtami holds special significance in India, largely due to the religious and spiritual population present in this subcontinent. This festival marks the birth of Lord Krishna and is celebrated on the eighth day (Ashtami) in the holy month of Shravan (as per the Hindu lunar calendar). Janmashtami is widely celebrated in Uttar Pradesh, Gujarat, Rajasthan, Maharashtra and many parts of South India.

Krishna Janmashtami is mostly celebrated on two consecutive days. The first day is celebrated for Smarta Sampradaya and the second, for Vaishnava Sampradaya. If the Hindu calendar lists a single date for Janmashtami, this means that both the Sampradayas will observe Janmashtami on the same date. This year, the festival falls on Tuesday and Wednesday, 11th and 12th August, giving people the luxury of time to have a huge celebration of the festival. Since Lord Krishna was born at midnight, the Nishita Pooja Time is also kept then.

Consult our expert astrologers online to learn more about the festival and their rituals.

Like all the mythological festivals, this one also has a very interesting story behind it. Legend has it that the Kingdom of Mathura was suffering under the rule of King Kansa, who was quite cruel. The king loved his sister, Princess Devaki, dearly. When Devaki got married to Vasudeva, a mighty cloud suddenly roared with divination that the eighth son born to the two would be the cause of King Kansa's death. Hearing this, King Kansa was outraged. He ordered for Devaki and Vasudev to be imprisoned immediately and killed the first six children born to the couple. Fortunately, Princess Devaki’s seventh child, who would later be named as Balram, was mystically transferred, while still in the womb, to princess Rohini in Vrindavan.

After the eighth child’s (Lord Krishna) birth, the Gods guided Vasudev to give the baby to Nand and Yashoda in Vrindavan. Years later, Lord Krishna killed King Kansa and freed the kingdom of Mathura from his shackles of cruelty.

Here are some rituals and customs associated with the festival -

The devotees of Lord Krishna perform the Krishna Abhishekam, which includes offering milk, ghee, and water as bhog to the deity. Many of them observe a fast during the day of Janmashtami, being allowed to have only a single meal the day before. Many Pandits believe that the rules followed during Ekadashi fasting should be followed during Janmashtami fasting as well. Those fasting, are not allowed to consume any grains, so they go phalahar, which means consuming only fruits and water.

People visit temples to seek blessings from Lord Krishna. The idol is bathed with milk, honey, water, dressed in new clothes, and laddoos are offered to the deity.

A devotional atmosphere is prevalent everywhere, and especially inside the temples. Apart from chanting mantras, there is also a ritual in which 108 names of Lord Krishna are chanted, while showering the idol of the Lord with flowers.

In many places, decorated swings (jhula) are tied on trees, because as a child, the Lord loved to swing in a jhula. Devotees swing the baby idol of the Lord sitting on a jhula in the temples, as it is considered auspicious.

Some people like to break their fast with charnamrit and dhaniya panjiri, while others like to eat kheer and poori-chhole. Other food dishes prepared also include kasar (panjiri mixed with dry fruits and nuts), aloo ki kachori, and traditional milk based dishes.

The festival of Dahi Handi is a customary ritual, celebrated the day after Janmashtami in Maharashtra. As part of the festivities, people stand on top of each other to make a human pyramid and break a pot (handi) filled with dahi, mishri, and makhan that is hung from a certain height. This is done as homage to Lord Krishna, lovingly known as the Makhan Chor since he used to steal butter as a baby.

Janmashtami
Festival
How was your Experience